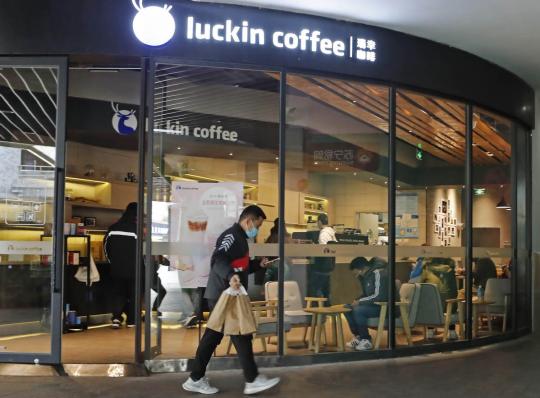 China is planning more stringent measures to safeguard investors from securities fraud, as the recent Luckin Coffee fiasco has drawn the attention of capital market regulators, experts said on Monday.

The measures will be supported by the new Securities Law, with focus on tougher regulatory penalties, securities class action lawsuits, and easier restrictions on short selling, they said.

Meanwhile, the China Securities Regulatory Commission, the top securities regulator, said on Friday that it would roll out regulations this year ordering firms that indulge in fraudulent listing to buy back the shares floated in the market.

The strong messages emanating from the regulators determine the intensity of the crackdown on securities frauds as Luckin's sales data fabrication has not gone down well with the regulators, analysts said. The Nasdaq-listed Chinese coffee chain admitted on April 2 that its 2019 revenue was substantially inflated and triggered a sell-off of more than 80 percent of its shares, exposing its shareholders to huge losses.

Liu Junhai, director of the Business Law Center at Renmin University of China, said the Luckin scandal mirrors the ineffective corporate governance of some Chinese firms, both listed at home and abroad.

Frauds or false disclosures of a small proportion of listed firms could dent investor confidence in a wider range of firms and weigh on the long-term performance of the A-share market, said Liu.

"Therefore, it is critical to seize the opportunity of implementing the revised Securities Law to build an investor-friendly legal system and improve self-governance of listed firms," Liu said.

Wu Chaoming, chief economist with Chasing Securities, expects the authorities concerned to accelerate the roll out of detailed schemes of implementing the law, with strengthening information disclosure and elevating listed firm quality at the core.

Experts expect these firms will be fined more heavily than prior cases, as the new law has raised the ceiling of administrative fines for false, misleading or incomplete disclosure to 10 million yuan ($1.44 million), versus 600,000 yuan previously.

Securities class action will also strengthen investor protection by sharply reducing the cost of A-share investors to safeguard their rights, according to He Haifeng, a counselor at Beijing-based Tiantong Law Firm.

The revised law has introduced the system of securities class action into China's capital market, which means investor protection institutions can file a suit against civil rights violations on behalf of the affected investors.

Last month, the Shanghai Financial Court released China's first set of rules that includes detailed regulations over class action lawsuits, a signal that related parties are stepping up efforts to put the system into place, He said.

The A-share market may see the first securities class action lawsuit this year, as a suit filed against Wuyang Group's fraudulent bond issuance will become a class-action lawsuit if an investor protection institution takes part later, according to He.

Dong Dengxin, director of the Finance and Securities Institute at the Wuhan University of Science and Technology, called for easing regulatory restrictions on short selling in the A-share market to further fight securities violations.