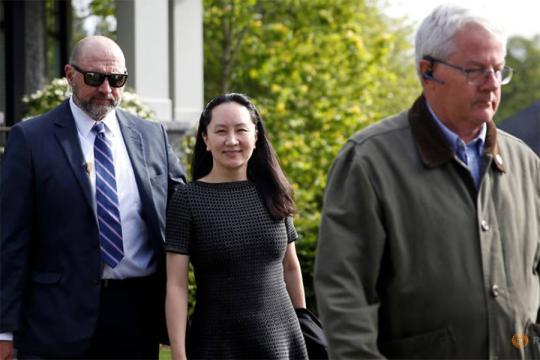 A letter written by Meng Wanzhou, chief financial officer for the Chinese telecommunications company Huawei, was publicized online on Monday.

The letter, reportedly penned in Vancouver on May 9, read, "My heart remains strong, no matter what kind of difficulty and pressure I will encounter for the moment."

Meng was detained in Canada at the request of the US Justice Department late last year. Meng's lawyer informed a Canadian court last week of his concerns that the allegations against her were politically motivated.

This letter was written to the 188,000 staff members working in Huawei as a signal of appreciation for their support, according to Meng.