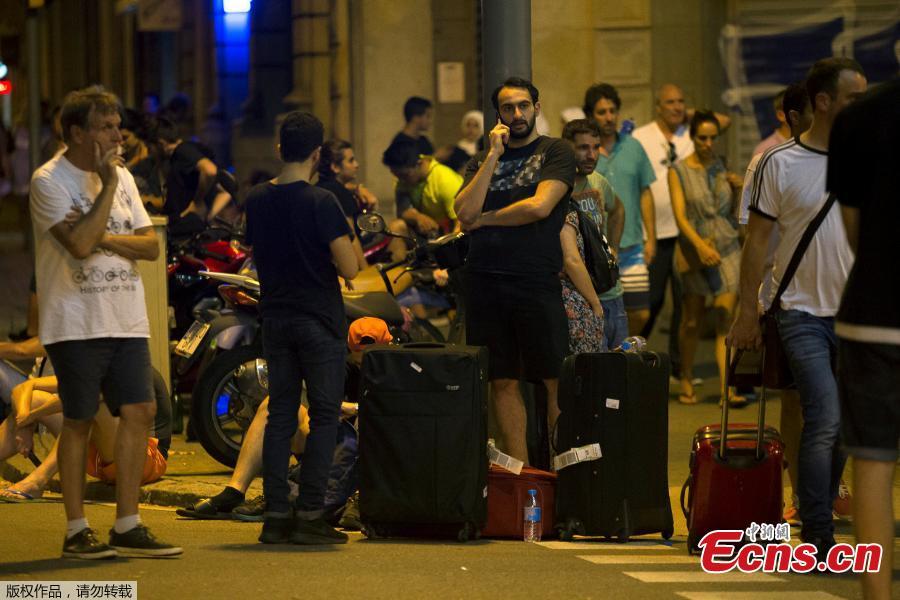 People wait to enter the area after a van crashed into pedestrians near the Las Ramblas avenue in central Barcelona, Spain August 17, 2017. Picture taken August 17, 2017. At least 13 people were reported dead and dozens others injured following the terrorist attack in Spanish city of Barcelona on Thursday afternoon, triggering severe condemnation from the European Union (EU) leaders. The attack happened at around 17:00 hours local time when a man drove a white van at high speed onto the city's famous Las Ramblas. At the time of the attack, the area was packed with people, many of them tourists. Latest reports are that authorities believe the attack was not the work of a "lone wolf" and that it was organized by at least three people. An operation is now under way and the anti-terrorism protocol has been activated.(Photo/Agencies)