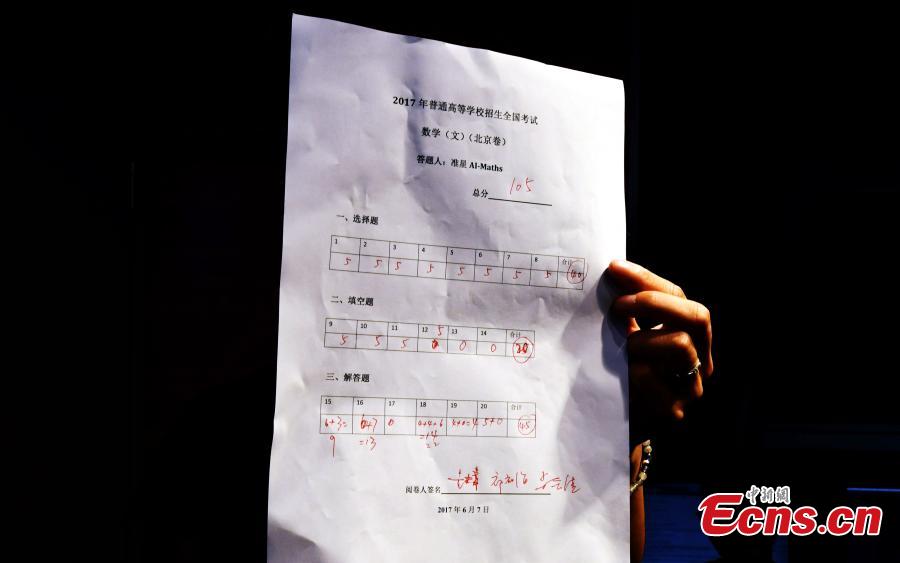 A robot sat for the math test during China's national college entrance exam, or gaokao, in the southwestern city of Chengdu on Wednesday, June 7, 2017. The robot, AI-MATHS, consisting of 11 servers, was developed by Chengdu Zhunxingyunxue Technology. It completed two versions of the exam's math test on Wednesday afternoon. There are several versions of the tests in different regions of China.

The robot finished the Beijing test in 22 minutes, scoring 105 points out of 150 points, without Internet support. It scored 100 points on another version of the test. (Photo: China News Service/An Yuan)