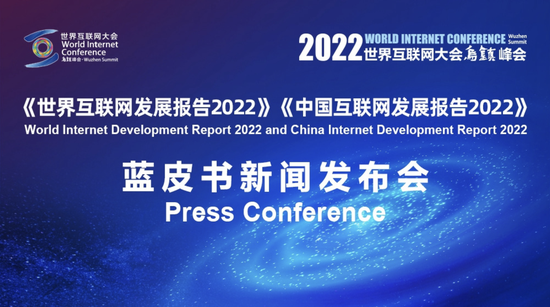 China ranks second in the world in terms of internet development after the U.S., according to a latest industry report on Wednesday, which also details achievements of China's internet sector growth in the past year.

The ranking - Global Internet Development Index - was based on six parameters: infrastructure, innovation capacity, industrial development, internet application, cybersecurity and Internet governance, as outlined in the bluebook for the World Internet Conference (WIC) released on Wednesday.

The bluebook also highlighted new progresses and achievements of China's internet development over the past year.

According to the report, China leads the world in terms of information infrastructure construction, with the completion of the layout of integrated big data centers in the country.

The construction of internet rule of law has been gradually improved. Steady progress has been made in building cyber civilization, while a comprehensive cyber governance system is constantly improved.

The role of digital economy was highlighted in China, and digital cooperation has made new progress. Digital public services are becoming more effective, and social governance is becoming smarter, the report noted.

By June 2022, the number of internet users in China had reached 1.051 billion, with internet penetration rate reaching 74.4 percent. China is advancing the integrated development of smart cities and digital villages, significantly improving the effectiveness of digital governance.