The release of WeChat's annual data report on Wednesday offers some curious insights into how different generations use China's most popular instant messaging app.

The report looked at which meme were favored by cohorts born in different decades. Those born after 2000 more often than other cohorts used the "helpless expression" suggesting they are misunderstood by older generations. The post-90s generation more often WeChated a laughing or crying meme, expressing the ups and downs they are going through in their 20s.

The post-1980s generation favored the wide grin expression indicating they are at a stage in life when they can laugh at everything. The post-1970s generation's favorite is a smile behind a hand expression suggesting their optimism to life.

For users over 55 years old, they often use the thumbs up meme indicating they are the most supporting cohort.

The report gleans the data to provide a level of detail on the personal habits of WeChat users that seems remarkable, if not intimate.

The report says those born in the first decade of the century are night owls and more often than other cohorts to be active on WeChat at 1 a.m. 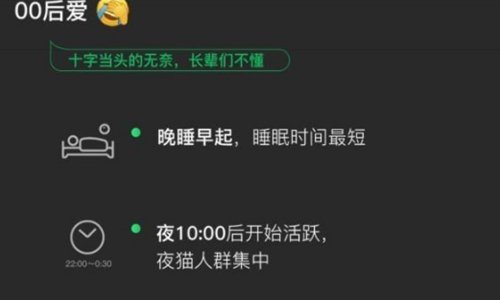 The report labelled the post-1990s generation "late birds" as they are become active on WeChat later in the morning. They take the public transport an average of 25 times per month, and their taste in reading has shifted from entertainment gossip to love and life.

The post-1980s generation spends the most the time working and reading. Their reading content has not changed in over the past three years which is still focused on world affairs. 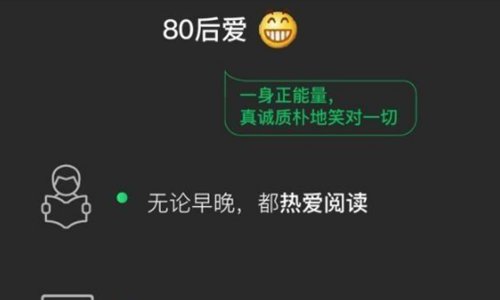 The post-1970s generation often browses WeChat's "moments" section and they tend to go to sleep at about 11.30 pm.

Older users like to video chat with their children after dinner. They are also the earliest to bed and the earliest to rise in the morning. Their choice in reading has changed from cultural issues to health issues. 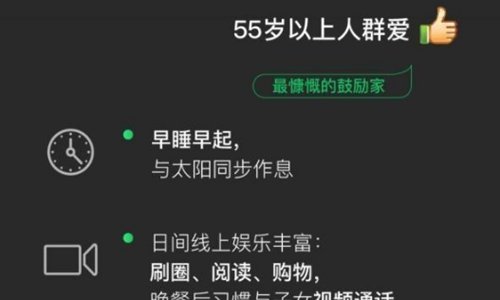 While the report's graphics have a humorous bent, it didn't explain how WeChat was able to determine someone's activities beyond their use of the app. This has left some people wondering for example if the app actually knows when someone went to sleep, or just stopped using WeChat to pursue activities they found more interesting.