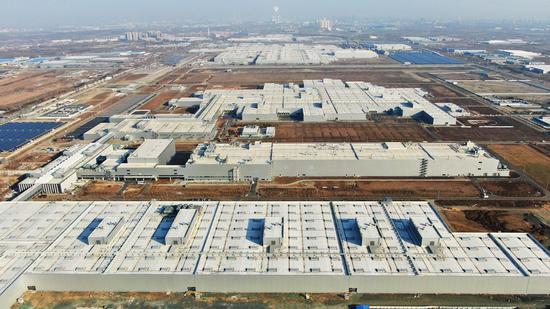 Although the global supply chain has entered a new round of reconstruction, China is still an important investment destination for multinational companies around the world, said a report.

The report was released by the Chinese Academy of International Trade and Economic Cooperation under the Ministry of Commerce at the third Qingdao Multinationals Summit in the coastal city of Qingdao, east China's Shandong Province on Sunday.

Against the backdrop of contraction in transnational investment in manufacturing in recent years, China has constantly attracted multinationals' investments in the manufacturing sector due to its huge market and complete supply chain, said the report.

From 2017 to 2021, China's manufacturing foreign direct investment (FDI) inflows remained stable, while the cross-border investment in the manufacturing industry worldwide suffered turbulence of decrease, it stated.

Multinational manufacturing companies have been moving up the value chain in their China investments over recent years.