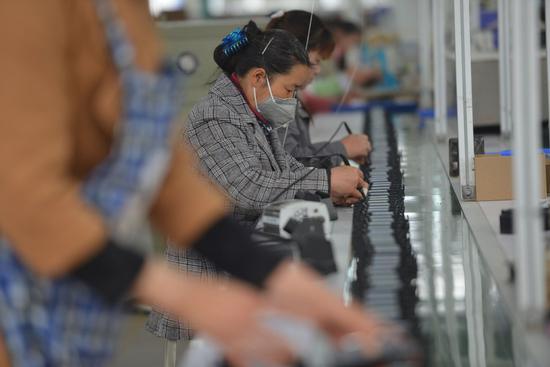 China's economy grew at a record pace in the first quarter of 2021, surpassing other major nations in its pandemic recovery, The Washington Post reported Friday.

China's economy grew 18.3 percent year on year in the January-March quarter of 2021, as strong domestic and foreign demands powered recovery from a low base in early 2020, the onset of the COVID-19 pandemic.

The world's second-largest economy, China has more than regained its pre-pandemic activity, despite adversaries produced by the pandemic and U.S. sanctions on key Chinese industries, said the report.

China appears to have been able to offset the U.S. sanctions with new business in other regions, preempting an economic isolation dubbed "decoupling," The Washington Post quoted Nicholas Lardy, a senior fellow at the Washington-based Peterson Institute for International Economics, as saying.

Eswar Prasad, a trade professor at Cornell University and former China director for the International Monetary Fund, said he expects China's economic growth to aid the global recovery this year, boosting commodity prices and propping up developing economies that sell to China, according to the report.