China to ban housing speculation as Xiongan further opens up 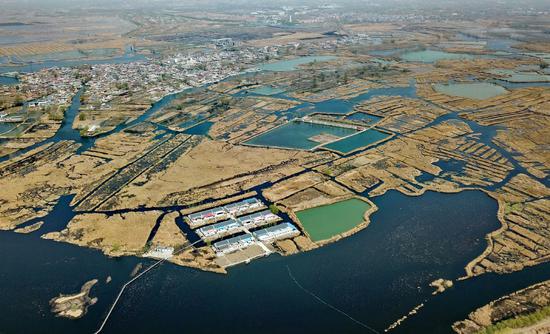 China will ban large-scale commercial property development in Xiongan and its surrounding areas to prevent speculation in the real estate market, according to guideline released by the central government on Thursday.

The country will strictly control housing prices and boost joint ownership of property in Xiongan, the new economic zone south of Beijing. It will also encourage real estate investment trusts and other property-related financial innovation products in the new area.

The country plans to set up equity exchange for support of direct financing in Xiongan, and encourages local bond issues with maturity of 10 years and above in the context of curbing debt risks, according to the guideline.

It will promote reforms of financial regulatory systems in the new area, and make regulations on all financial activities to keep the bottom line of preventing systemic and regional financial risks, the guideline stated.

China will break away the hidden barriers for private enterprises in credit, innovation and bidding. It will boost and protect entrepreneurship, and create a tolerant environment for business failures, and implement policies to support small and medium-sized enterprises in Xiongan.

The country will also cultivate competitiveness of enterprises, and allow state-owned enterprises, which are not involved in the lifeline of the national economy or major special projects, to explore mixed-ownership development.

China will relax control of foreign capital inflow and outflow in Xiongan, and steadily promote the convertibility of yuan exchange under capital account, according to the guideline.

Supportive fiscal and financial policies are equally applicable to both domestic and foreign-funded enterprises in the new area, the guideline stated.

It also calls for the establishment of authorities for international arbitration, certification and accreditation in the new area and explore mechanisms for resolving commercial disputes.

There will also be single window system to enable cross-border traders to submit regulatory documents at a single location to benchmark advanced level of international trade.