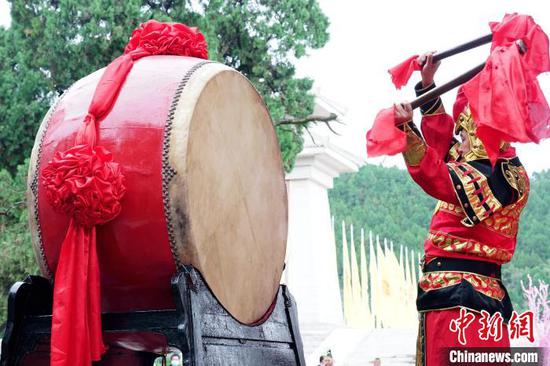 A performer beats a drum at the ceremony paying tribute to legendary ancestor Huangdi at the Mausoleum of Huangdi in northwest China's Shaanxi Province, Oct. 4, 2022. (Photo / China News Service)

(ECNS) -- A grand ceremony paying tribute to Huangdi, or the Yellow Emperor, a legendary ancestor of the Chinese nation, was held at the Mausoleum of Huangdi in northwest China's Shaanxi Province on Tuesday.

The ceremony started at 9:50 am. Performers beat a drum and struck a bell, offered flower baskets and wine to ancestors, read a ceremonial address and sang carols to show respect.

During the ceremony, both the drum and bell were struck nine times, representing double nine because Tuesday also marks the Double Ninth Festival or Chongyang Festival in China. The sounds meant harmony across the country.

Huangdi is believed to have been sovereign of a united China around 5,000 years ago. The annual event held on the ninth day of the ninth month of the Chinese lunar calendar is an important ritual.

It shows China's traditional virtue of venerating the ancestors and embodies people's best wishes for national rejuvenation and harmony. 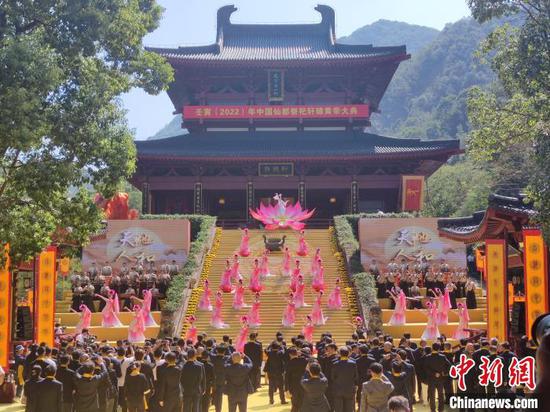