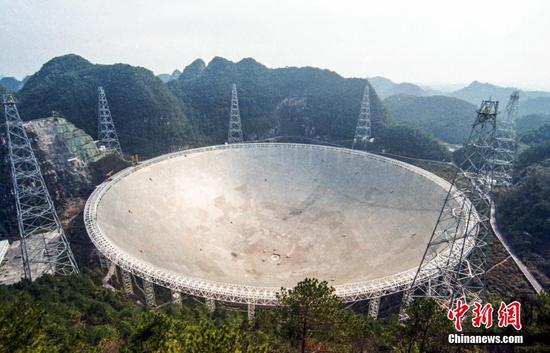 (EANS) --A total of 27 international applications from 14 countries for observation by using China's Five-hundred-meter Aperture Spherical Telescope (FAST) have been approved since it opened to global astronomers from March, 2021.

The Chinese Academy of Sciences (CAS) made the announcement at a press conference held in Beijing on Wednesday to introduce the latest science progress made by FAST and the applications from across the world.

FAST officially opened to the world on March 31, 2021 and the international astronomical community was able to make online appointments for observation from April 1, 2021.

The National Astronomical Observatories of China (NAOC) of the Chinese Academy of Sciences, the operator of the telescope, has collected a total of 7,216 hours of observation applications, among which 27 applications from 14 countries beyond China have been approved and began their observation in August 2021.

FAST is the largest single-dish radio telescope in the world at present as well as the most effective equipment for astronomical observation. It has found about 500 pulsars to date.

The annual time of observation by using FAST has exceeded 5,300 hours so far.