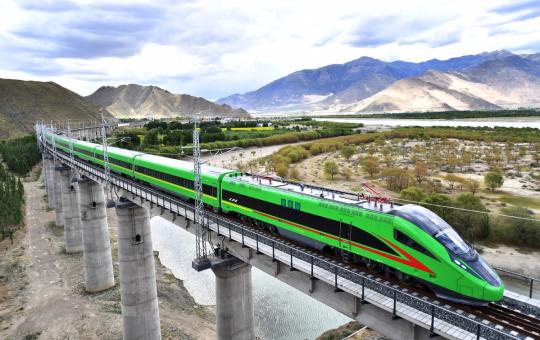 The schedule allocates more freight train services for carrying coal for power production to ensure energy supplies across the country during the coming winter.

The trains will originate from major coal production areas, including Shanxi province, the Xinjiang Uygur autonomous region and the Inner Mongolia autonomous region, to ensure a smooth distribution of coal.

To meet the country's needs and provide a bulwark for the economy, fewer regular-speed passenger train services will be operated along some lines, such as Beijing-Guangzhou and Beijing-Shanghai, and instead, the capacity will be used for freight transport.

More freight train services will be used for bulk commodities to improve the transport capacity for resources such as ore, according to China State Railway Group.

New sections of railway in Hebei are scheduled to open this year, further reducing the travel times between Beijing and cities in the province such as Tangshan and Qinhuangdao.

A total of 1,730 train services will be operated every day in the Beijing-Tianjin-Hebei region to further boost integrated regional development.

The new schedule will see the operation of more such trains along the line, reducing travel times between the capital and Fujian and Jiangxi provinces, as well as the Ningxia Hui autonomous region.

Due to sporadic outbreaks of COVID-19 across the country, some universities have had to postpone the resumption of classes, inconveniencing a number of students. The rail operator said that it would offer the affected students discounted tickets and refunds until the end of the year.