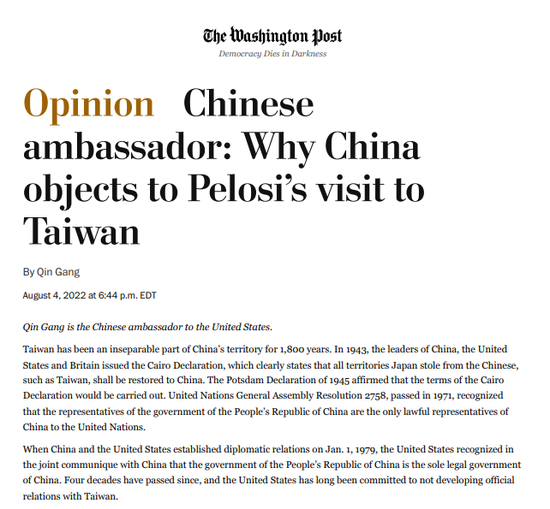 Iran's ambassador to the United Nations has said that Iran will resume full implementation of its commitments under a 2015 nuclear deal, if the U.S. makes the "right decision," the official news agency IRNA reported on Thursday.

But the U.S. pulled out of the pact in May 2018 and reimposed its unilateral sanctions on Iran as part of a "maximum pressure" campaign with an aim to deprive it of the economic interests promised under the deal, the Iranian envoy said.

He noted that following the U.S. pullout from the deal, Iran behaved responsibly and exercised strategic patience to preserve the agreement through "maximum resistance."

The envoy added that since April 2021, Iran has been negotiating with the other parties with goodwill to resume the JCPOA's full implementation, but the achievement of an agreement to this end has been delayed as the U.S. government has not yet decided to guarantee Tehran's promised interests under the nuclear deal.

Iran signed the JCPOA with world powers in July 2015, agreeing to curb its nuclear program in return for the removal of sanctions on the country. However, former U.S. President Donald Trump pulled Washington out of the agreement and reimposed unilateral sanctions on Tehran, prompting the latter to drop some of its commitments under the pact.

The talks on reviving the JCPOA began in April 2021 in the Austrian capital of Vienna but were suspended in March this year because of political differences between Tehran and Washington.

Delegations from the remaining signatories to the JCPOA, as well as the United States, are currently in Vienna for a fresh round of talks on the revival of the agreement.