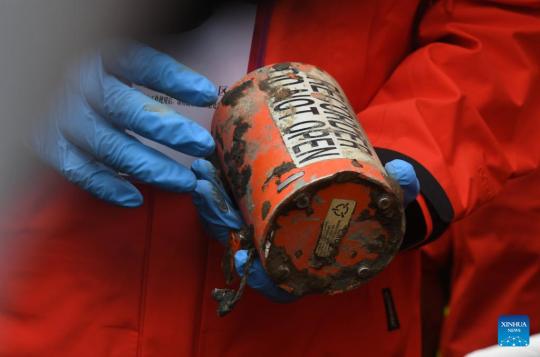 The United States National Transportation Safety Board has confirmed with China's civil aviation authority that no investigation information regarding a crashed China Eastern Airline plane was provided to media, the Civil Aviation Administration of China said on Wednesday.

This was in response to recent news reports that claimed the flight data indicated someone in the cockpit intentionally crashed the jet. A report by The Wall Street Journal said the source was from people familiar with the U.S. officials' preliminary assessment of the crash.

China's civil aviation administration quoted its U.S. partner as saying that they strictly adhere to the Convention on International Civil Aviation, and will continue to provide professional technical support to identify the cause of the accident.

According to the Convention on International Civil Aviation, the U.S. National Transportation Safety Board－as the authority in the country of the aircraft's designer and manufacturer－has been invited to the investigation.

Flight MU5735 was bound from Kunming, Yunnan province, to Guangzhou, Guangdong province, on March 21 when it crashed in a mountainous region in Wuzhou, Guangxi Zhuang autonomous region. All 132 people on board were killed.

The Chicago Convention on International Civil Aviation said an initial report should be completed within 30 days of an accident. The preliminary report usually contains facts and does not include analysis of the cause of the accident or conclusions.

A preliminary investigation report released by the Civil Aviation Administration of China last month said the qualifications of the flight crew, cabin crew and maintenance and release personnel all met the requirements for their positions. The airworthiness certificate of the aircraft was valid. There was no fault report before departure of the flight on March 21.

No cargo on board was declared as dangerous goods and no abnormalities were discovered on devices along the routes, including navigation and surveillance equipment.

There was no dangerous weather forecast, and before the jet deviated from its cruise altitude, no abnormalities were discovered in radio communication or command between the crew and air traffic control.

The last normal call between traffic control and the crew was made at 2:16 pm.

The technology team will continue to investigate the cause of the accident, including in-depth wreckage identification, classification, flight data analysis and experimental verification, the report said.