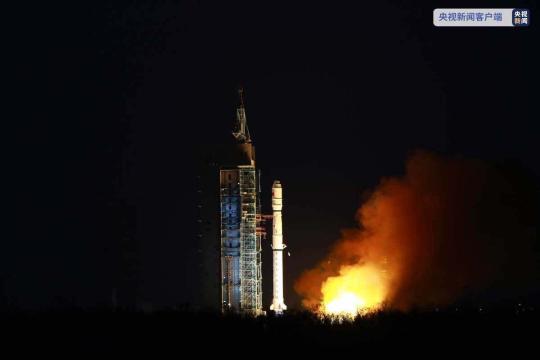 China Aerospace Science and Technology Corp, the country's major space contractor, plans to carry out more than 40 space launch missions this year, according to its annual work report.

Among the scheduled launches, the most important ones will be the six related to the Tiangong space station program, according to the report delivered by Xu Qiang, general manager of the State-owned space conglomerate, at the company's annual work conference on Tuesday.

The six launches will be used to deploy the Shenzhou XIV and XV mission crews to the Tiangong station, which is circling the Earth in a 400-kilometer-high orbit; to transport the Tianzhou 4 and 5 robotic cargo spaceships to the station for refueling and resupply operations; and to deliver two large space labs to dock with Tiangong, the report said.

Pang Zhihao, a spaceflight researcher in Beijing who worked at the China Academy of Space Technology for decades, said that the government is determined to complete the in-orbit construction of Tiangong before the end of this year, so CASC must make sure that all of the six launches will be successful and on schedule.

Currently, Tiangong is occupied by the Shenzhou XIII mission crew－Major General Zhai Zhigang, Senior Colonel Wang Yaping and Senior Colonel Ye Guangfu－who arrived at the station in mid-October and are scheduled to stay there for six months.

Last year, CASC carried out 48 launch missions with its Long March rockets, which are the nation's pillar space transporters. All of the missions were successful, making Long March the world's busiest launch vehicle family last year.

China conducted 55 orbital launches in 2021, more than any other country. The United States performed 51 launches last year, second in liftoffs.

In another development, CASC also plans to conduct the maiden flight of its Long March 6A rocket this year, according to the work report.

Designers said the medium-lift Long March 6A will consist of a 50-meter, liquid-propelled core booster and four solid-fuel side boosters. It will be tasked with transporting satellites to multiple types of orbit including sun-synchronous, low-Earth or intermediate circular orbit.

The rocket, developed by the company's Shanghai Academy of Spaceflight Technology, will have a liftoff weight of 530 metric tons. Its core booster will have a diameter of 3.35 meters and will be propelled by two 120-ton-thrust engines burning liquid oxygen and kerosene.