US origin-tracing of COVID-19 a dead end, says Chinese envoy 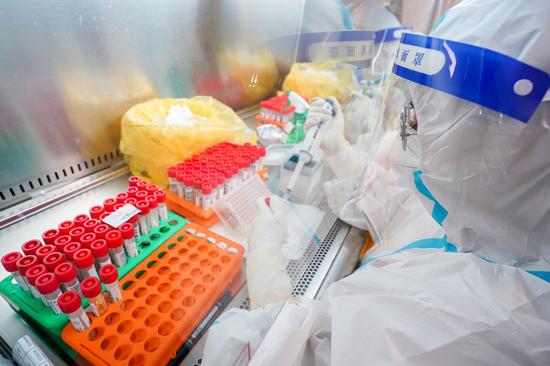 The U.S. intelligence community's origin-tracing investigation report goes against science and won't yield any results, Chinese Ambassador to Indonesia Xiao Qian wrote in a recent editorial in the Jakarta Post.

He referred to the report on the origins of COVID-19 after a 90-day closed-door investigation released by the U.S. intelligence community as "nothing but a complete political farce."

Xiao mentioned that without providing any evidence, the United States has "cooked up one story after another to defame and accuse China," and to shirk responsibility for its failure in fighting the pandemic.

As for origin-tracing, "it is actually the U.S. that is not being transparent, responsible and cooperative on this issue," said Xiao.

"The timeline of the outbreak in the U.S. has been backdated several times," the ambassador wrote, adding that "Besides, the international community has long raised concerns over safety issues and illegal, non-transparent and unsafe practices at Fort Detrick, and coronavirus and genetic modification experiments by the Baric team at the University of North Carolina."

Xiao also commented that the U.S. attempts to politicize origin-tracing have found no support and have met widespread opposition from the international community.

He believes that politicizing origin-tracing will lead nowhere. As the pandemic is still spreading around the world, Xiao wrote, China is willing to continue working with Indonesia to bring the origin-tracing work back to the right track of scientific cooperation, so as to jointly contribute to the ultimate victory of mankind over the pandemic.