Racism puts another victim in hospital 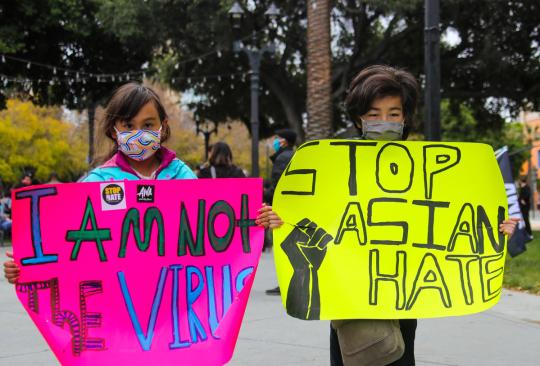 He is a talented pastry chef who came to the US from China with his wife a couple of years ago to work in a New York restaurant. Now he is fighting for his life, the latest Asian to become a victim of violence in the city.

Yao Pan Ma, 61, lies in a coma in a Harlem Hospital after he was stomped on repeatedly in an East Harlem street in Manhattan on Friday night. His wife, Baozhen Chen, told their two children, who live in China, that their father may not survive.

"I told our children last night," she told the New York Post on Sunday after visiting her husband, who suffered a cerebral contusion and facial fractures in the attack and is in a medically induced coma.

"They are very concerned about their father," Chen said in Cantonese through an interpreter. "I am very worried my husband will not make it."

Chen, 57, said her husband lost his job at a Chinese restaurant in Lower Manhattan in September, where he had assisted the chef and also worked as a dishwasher. The restaurant industry has been decimated by the coronavirus pandemic, so he began collecting cans for recycling to get by.

"My husband made fancy desserts in China," said Chen. "We came here (from South China's Guangdong province) for the job opportunity two years ago. He lost his job because of COVID-19. So he did whatever he could to help support and pay bills.

"He was not eligible for federal assistance," his wife told the New York Daily News.

"He was just trying to help out the family. He had no bad intentions. He wouldn't cause trouble with other people in his neighborhood," Chen said.

Ma was out collecting bottles and cans and was walking with a shopping cart full of the items near Third Avenue and 125th Street when he was attacked from behind and stomped on at least six times. The assault was captured on video.

"Once on the ground, the individual kicked the victim multiple times in the head before fleeing the location on foot to parts unknown," said a statement from the New York Police Department.

Police were called by a bus driver who saw Ma lying unconscious in the street.

The suspect in the attack is described as an adult male with a dark complexion. He was wearing a black jacket, black pants, white sneakers and a multi-colored cap.

It is the second brutal attack on an Asian person within a month on a New York street. On March 29, a 65-year-old Filipino woman was kicked numerous times on a Midtown Manhattan street outside of an apartment building as two doormen watched and did not intervene.

The NYPD's Hate Crimes Unit is investigating but has not yet determined if he was targeted because of his race.

"This is outrageous. Make no mistake, we will find the perpetrator and they will be prosecuted to the fullest extent of the law," New York City Mayor Bill de Blasio said on Twitter.

There have been at least 62 anti-Asian incidents reported to the NYPD between Jan 1 and April 18, according to NYPD data.