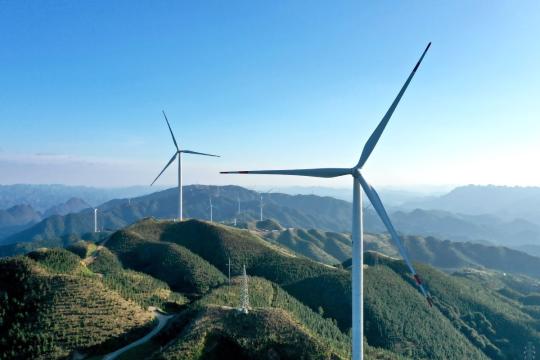 China's recent commitment to curb coal consumption and coal-fired power projects has sent a strong signal that the country will unswervingly reduce its reliance on coal as a dominant source of energy, experts said.

They also said the pledge demonstrates China's resolve to tackle the global climate crisis, taking into consideration that energy demand in the country will keep growing for economic growth and better livelihoods.

Zou Ji, president of Energy Foundation China, said the pledge means that coal consumption will possibly peak during the 14th Five-Year Plan period. "This is a very important signal for weighing investment in coal and coal-fired power plants," he said.

The pledge puts an end to the long argument over whether it's still necessary to invest in such projects, Zou said, adding that it would be very risky to make new investments in the sector.

However, experts said the realization of the task will be arduous. He Jiankun, vice-chairman of the National Committee of Experts on Climate Change, said one of the challenges lies in the fact that the country's demand for energy is still growing.

As China forges ahead with further urbanization and industrialization, and better livelihoods for the people, it's almost unavoidable that the country would have an increasing demand for energy, he said.

Xie Zhenhua, China's special envoy for climate change affairs, said on Thursday that China's energy reserve is still dominated by coal and the country's social and economic development is still unbalanced, which together pose formidable difficulties for China to realize its climate targets.

National Energy Administration data shows the share of coal in China's energy mix stood at 56.8 percent in 2020, and the country plans to bring down the proportion to less than 56 percent this year.

Coal, a major contributor to carbon dioxide emissions, accounted for about 19 percent of energy sources last year in the United States, which has pledged to achieve carbon neutrality by 2050, according to the US Energy Information Administration.

The phasing out of China's coal-fired plants would also be more costly compared with many developed countries, considering that many of the plants were built in recent years.

"But it doesn't necessarily mean that the earlier the targets are realized in the sector, the better," he said.

Facilities in many of China's coal-fired plants are still new. "We should consider the risk of leaving them as stranded assets," he said.

Based on GEIDCO's research, a viable path for China to go carbon neutral is that the country peaks carbon dioxide emissions in the power generation sector in 2025 and brings down the installed capacity of coal-fired plants to 300 million kilowatts by middle of the century before phasing out them all by 2060.