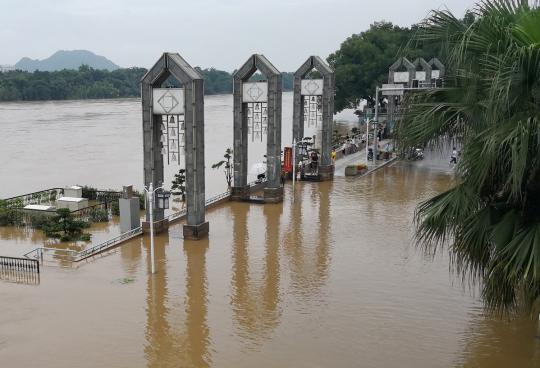 Heads of local governments of all levels will be held accountable if their poor work ethic and lax attitudes lead to disastrous consequences while dealing with floods and droughts, the Ministry of Emergency Management said on Monday.

According to a guideline issued by the ministry's Office of State Flood Control and Drought Relief Headquarters to prepare for coping with weather-related disasters, local heads should clarify duties for different departments, guarantee enough funds and carry out solution plans.

To prepare for disasters, local heads should: supervise local authorities to build safety-related facilities and maintain them regularly; set up comprehensive disaster control grid systems in counties and villages where floods frequently happen; and ensure that there's enough money to maintain warning platforms, the guideline said.

After floods, drought or typhoon, top officials should quickly organize all parties to carry out disaster relief, including spurring health and epidemic prevention, restarting business operations as soon as possible and ensuring social stability, it said.

They also need to organize publicity education to enhance disaster awareness and risks, and to promote their initiative to participate in flood and drought control, the guideline added.

Up to Sunday, heavy rains hit most areas in South China and caused flood disasters.

Floods in Shunchang county, Fujian province, have damaged about 200 households and affected about 11,000 people. Electricity was cut off and roads were blocked by the flood, the Beijing News quoted the local publicity department as saying.

On Sunday, the meteorological bureau of the Guangxi Zhuang autonomous region issued a Grade-II response for torrential rain, the second highest in China's emergency response system. Maximum precipitation in Guangxi has reached 306 millimeters.

According to the China Meteorological Administration, this round of heavy rainfall in South China will end by Thursday.