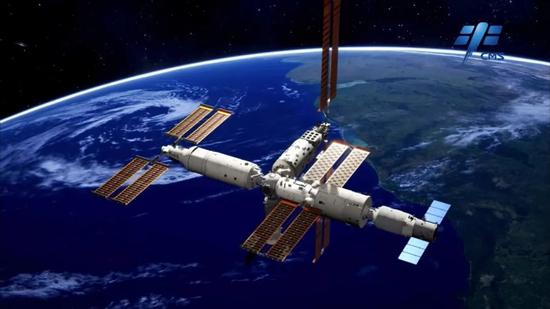 Mengtian, the second lab module of China's space station, docked with the front part of the Tianhe core module at 4:27 a.m. Tuesday (Beijing Time) after entering the planned orbit.

It took about 13 hours to accomplish the rendezvous and docking.

Mengtian will conduct transposition as planned later and form a T-shaped structure together with the Tianhe core module and the Wentian lab module.