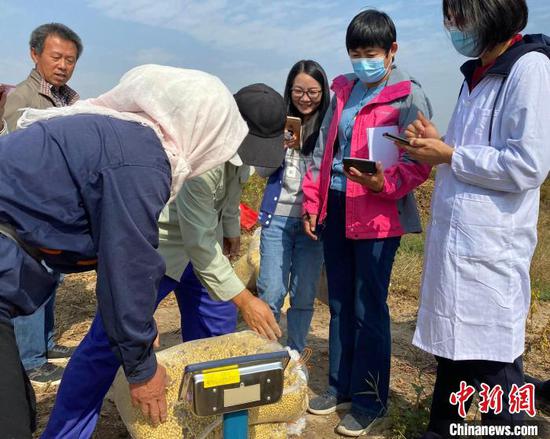 Experts noted that due to its outstanding saline tolerance, the strain is expected to play an important role in improving China's soybean production by using saline land.

According to Xinhua, in order to breed new salt-tolerant soybean lines, the research team conducted salt-tolerance screening and plot trials in Dongying for five consecutive years, obtaining 68 new salt-tolerant germplasms among more than 13,000 soybean materials, of which 25 were particularly good performers. On this basis, the team developed "Kedou 35".

"Soybeans are an important feed crop as well as grain and oil crop in China, and the country has a large amount of saline land with that can be converted to agricultural use. Cultivating new salt-tolerant soybean varieties is an important attempt to enhance national soybean production capacity," Tian Zhixi, a researcher at the Chinese Academy of Sciences who cultivated the new strain, said.

In June 2022, the research team conducted a 30-mu demonstration of "Kedou 35" on a saline plot, using a completely natural rain-fed cultivation method.

The experts group for yield testing said that "Kedou 35" has high resistance, especially its salinity and drought resistance in the seedling stage and flooding resistance with good quality. The group suggested increasing demonstration planting in saline areas around the Bohai Sea as well as accelerating the validation and promotion of the new soybean strain.

"China is accelerating the independent production of soybeans and reducing dependence on imports, in a bid to ensure national food security," Li Guoxiang, a research fellow at the Rural Development Institute of the Chinese Academy of Social Sciences, told the Global Times on Sunday.

According to Li, as the country's economy grows, people's demand for soybeans is increasing, but the lack of arable land for the crop leads to insufficient supply. "This new strain can be produced using saline land, which will not only address arable land constraints, but also significantly increase the total yield," Li said.

In addition, the country's reduction in soybean imports could curb the rise in international soybean prices to some extent, which will highlight China's contribution to stabilizing global food market, Li noted.