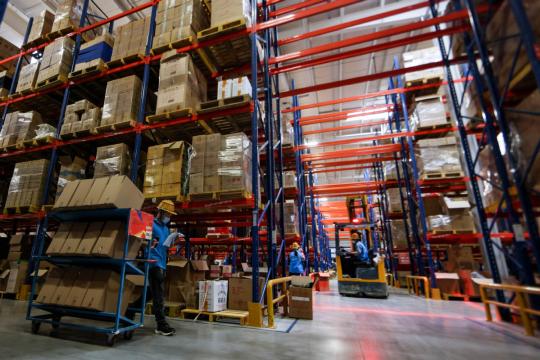 China's parcel delivery sector has maintained a steady growth in the first five months of this year, according to data released by the industry regulator the State Postal Bureau of China on Thursday.

From January to May, China handled 40.95 billion parcels, a year-on-year increase of 3.3 percent. The total revenue of parcel delivery industry was 400.55 billion yuan ($59.8 billion), a year-on-year rise of 2 percent.

From January to May, more than 86 percent of parcels were sent across regions, and 12 percent within the same city.