A revisit to UNGA Resolution 2758: One China is undeniable truth 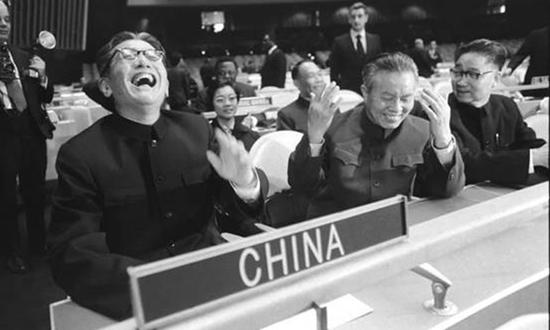 Anyone of reason would understand that arguments must be based on facts. This is the case in serious political affairs, and even more so on fundamental issues. When it comes to the Taiwan question, the "deep red line" as some would describe it, extra prudence must be exercised. In fact, there are undeniable historical facts, solid international law and wide international consensus that confirm the basic truth: There is only one China in the world and Taiwan is an inalienable part of the Chinese territory.

The plot and connivance of "Taiwan independence" is recently manifested in some people's distortions of Resolution 2758 of the United Nations General Assembly (UNGA). Some country touted its support for Taiwan's, "meaningful participation throughout the UN system." Also, some individuals in Taiwan said that Resolution, "does not mention Taiwan," still less "decide Taiwan's representation in the UN." But such remarks are beyond reason when checked vis-a-vis the Resolution's exact wording, the historical context concerned, and international common practice.

Both the 1943 Cairo Declaration and the 1945 Potsdam Proclamation already affirmed Taiwan's legal status as an inalienable part of China. After the founding of New China in 1949, the Government of the People's Republic of China (PRC) became the sole legal government representing the whole of China, including Taiwan. However, due to US isolation and blockade of New China, the Chiang Kai-shek clique's unlawful occupation of the seat in the UN was left unresolved until the 26th Session of the UNGA.

At the plenary session on October 25, 1971, Resolution 2758 was passed. This recognized the one-China principle and made it clear that the government of the PRC is the only lawful government representing the whole of China, including Taiwan.

The so-called international representation of Taiwan has already been denied once and for all with the adoption of the Resolution. When it was still under consultation at the UNGA, the vast majority of countries held to the position that they could not agree to divide China's territory just because Taiwan was still illegally occupied. They supported Resolution 2758, which respects China's sovereignty over Taiwan. On the other hand, a handful of countries including the US proposed the "dual representation" draft resolution in an attempt to create "two Chinas" in the UN, only to end in failure.

It is not just settled in black and white, but also in international practice that the one-China principle has become a universally accepted norm in international relations. Relevant UN documents pointed out explicitly that "the United Nations considers 'Taiwan' as a province of China with no separate status", and the "authorities in Taipei are not considered to... enjoy any form of governmental status." And Taiwan is referred to as "Taiwan, Province of China." For decades, the UN and its agencies have abided by the UNGA Resolution 2758, firmly upheld that Taiwan is a province of China and denied the so-called international representation claimed by the Taiwan authorities. In bilateral relations too, the one-China principle serves as the political and legal foundation, on which basis China has established diplomatic ties with 180 countries so far,  maintaining friendly interactions with them.

Against the rock-solid facts and overwhelming support, the "Taiwan independence" and secessionist forces have met repeated defeats. The Taiwan authorities' application for UN membership was rejected by the General Committee of UNGA for 15 consecutive years. Since 1993, the General Committee and successive UNGA sessions have rejected the motion on the "Taiwan's participation" or "membership" in the UN tabled only by very few countries each year. The Executive Board of the World Health Organization and successive sessions of the World Health Assembly (WHA) have also rejected the motion tabled each year since 1997 by very few countries on Taiwan's "membership" or "participation" in the WHA as an observer.

It was only with China's consent that Taiwan was invited to observe the assembly. All these have proven that the Taiwan region's participation in activities of international organizations must be handled in accordance with the one-China principle. The representation of China in the UN has long been recognized in political, legal and procedural ways.

Fifty years ago, when the lawful seat of the PRC in the UN was restored, the international community marked and celebrated the historic moment in local newspapers' headlines. "World hails Peking in UN", "Taiwan expelled, China in U.N.", "Chine Populaire 'rétablie dans ses droits légtimes' à I'O.N.U", and "China's admission to the UN, coupled with the expulsion of the Nationalist delegation which has occupied the Chinese seat for the past 20 years, is good news both for the organization itself and for the world in general," to name just a few. Fifty years on, anyone who attempts to challenge the historical and legal fact or change the status quo will only embarrass themselves in the face of a much broader-based international consensus and wide support for the just cause.

The author,Xin Ping, is a commentator on international affairs, writing regularly for Global Times, CGTN and China daily. He can be reached at xinping604@gmail.com