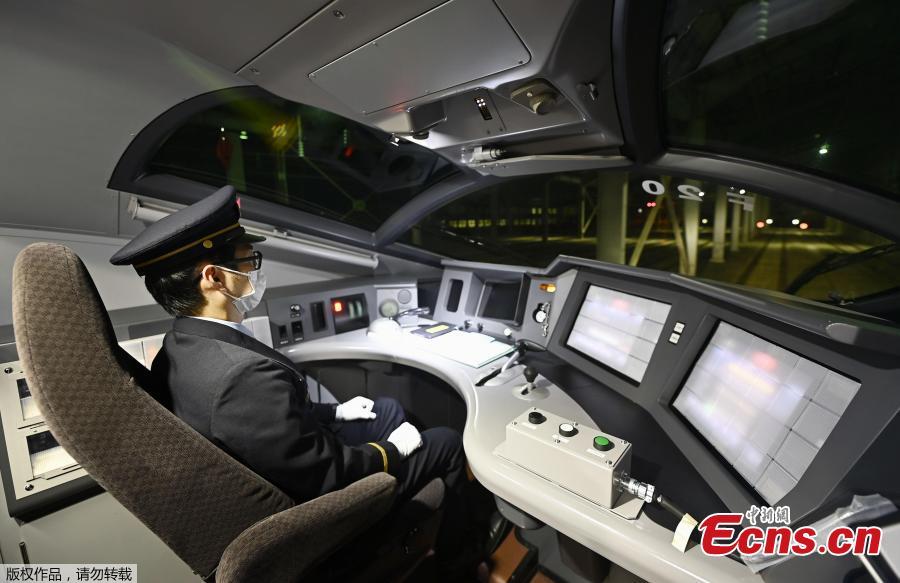 A self-driving test for a shinkansen bullet train is under way in Niigata, Japan, on Nov. 17, 2021, with a driver seated in the cockpit to deal with a possible emergency. The test, the first of its kind for shinkansen, began on Oct. 29, and was opened to the media on Nov. 17. (Photo/Agencies) 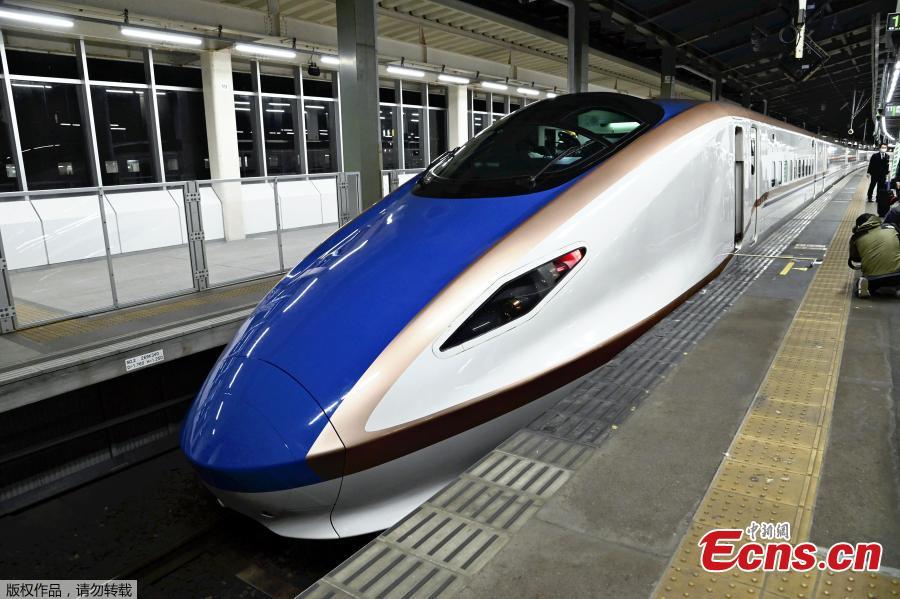 East Japan Railway Co. conducts autonomous test runs of its E7-series shinkansen (bullet trains) at JR Niigata Station in Niigata Prefecture on Nov. 17, 2021. The main cause to shift self-driving shinkansen train is a future mass retirement of the trained drivers and a shortage of new recruits. (Photo/Agencies) 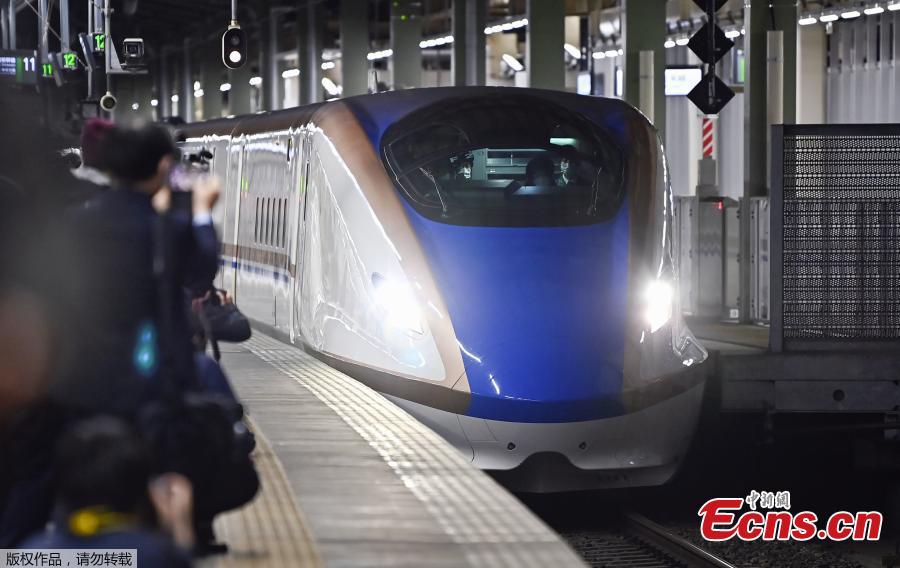 A shinkansen bullet train leaves JR Niigata Station in Niigata Prefecture in Japan during a test run of a self-driving test in the early hours of Nov. 17, 2021. The test, the first of its kind for shinkansen already in commercial service, began on Oct. 29, and was opened to the media on Nov. 17. (Photo/Agencies)