Chinese tourists: the good, the bad, and the bias 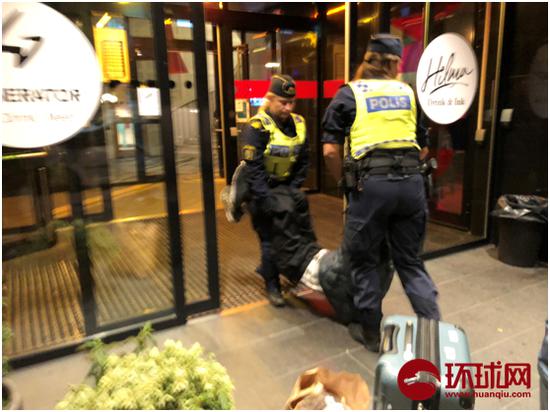 Zeng's father was dragged outside the hotel. /Photo via huanqiu.com

Editor's note: The article is based on an interview with Zhang Lei, the director of the Consular Section of the Chinese embassy in Sweden. The article reflects the author's opinion, and not necessarily the views of CGTN.

In a report issued by the Chinese Tourism Academy and Ctrip.com in March, it stated that the number of Chinese outbound trips has reached 130 million in 2017 and $115 billion is spent on these trips. China has been the world's largest outbound market for many years, and the explosive growth of overseas tourism in China has shown no sign of fading. Considering the fact that only 9 percent of Chinese citizens have a passport, the potential for further market growth is more than huge.

Tourism is about consumer spending, about leisure; it is also about the interaction between different cultures and customs. In recent years, media coverage of conflicts between Chinese tourists and the locals has also been on the rise. Yesterday, a trending news story about how a Chinese family were mistreated by Swedish police in Stockholm on September 2 again attracted wide attention online.

It is reported that Mr. Zeng and his parents were transferred to a police car and dropped near a cemetery by Swedish police in the early morning, because of conflicts between Zeng and the hotel staff, who refused to allow them to stay in the lobby.

Zeng and his parents arrived in a hotel early morning (01:43 am according to the local Swedish newspaper) but could not check in until later in the daytime according to hotel rules. After being left outside the city center, they were left lost and fortunately, a passer-by gave them a ride to the city. After returning to the city, Zeng reported the incident to the embassy.

The embassy has made remarks on the incident and urged the Swedish government to investigate the case thoroughly: "…what the police did severely endangered the life and violated the basic human rights of these Chinese citizens. We urge the Swedish government to conduct a thorough and immediate investigation, and respond to the Chinese citizens' requests for punishment, apology, and compensation in time."

"This incident is one of the most serious mistreatments that Chinese tourists have encountered in Sweden in recent years," the director of Consular Section of the Chinese embassy, Zhang Lei said.

He confirmed that that the embassy has tried to contact the Swedish side but no official feedback has been given. According to the latest report by Global Times, the Swedish police have responded to their inquiry on the case via email, claiming that "a police report is done 2/9-18. But the case is now closed/ there was never an investigation started in this case."

The details of the story have not been confirmed either by hostel staff or Swedish police. But if Mr. Zeng's claim was true, the fact that Swedish police dropped them outside the town knowing they are visitors strange to the city at 2 a.m. in the morning seems hard to understand in any cultural context.

"If they had broken any local laws, the police could have taken them to the police station and informed the Chinese embassy." Zhang Lei added.

It is not clear so far what promoted the Swedish police to take such actions. But it would not be surprising if they hold bias against Chinese tourists. Google Chinese tourists and keywords like "rude, loud and uncivilized" pop up showing just how they have left a bad reputation "worldwide."

But it should not be forgotten that "bad" tourists are not limited to China and the sheer volume of Chinese tourists have made it more possible for locals to encounter some rude Chinese tourists with bad behaviors. The media, who have an appetite for such stories certainly add fuel to the fire. The stereotype is extremely hard to be reversed once established.

To some extent, media's appetite for reporting stories like "Chinese tourists fighting over makeup in a duty-free store" reflect a Eurocentric mindset that they are the source for civilization and they intend to stay in that position.

But it doesn't mean that Chinese tourists are perfect. The good old saying "When in Rome, do as Romans do" still works fine in tourism. As a temporary "intruder" to the local city, it is in their duty to know the local culture and customs beforehand and obey them voluntarily. For start, Zeng should have learned before he went to Sweden the check-in rule of the hotel, especially knowing that they would arrive early in the morning. They could also have remained calm and held a problem-solving mindset, not cried and shouted to further escalate the tension.

In the meantime, due to the language barrier, some tourists might still need some help from the local government. To attract more tourists, the European Union and many other countries have decided to simplify visa application procedures. Perhaps the local "tourism infrastructure" building could be pushed to agenda as well to avoid more conflicts.