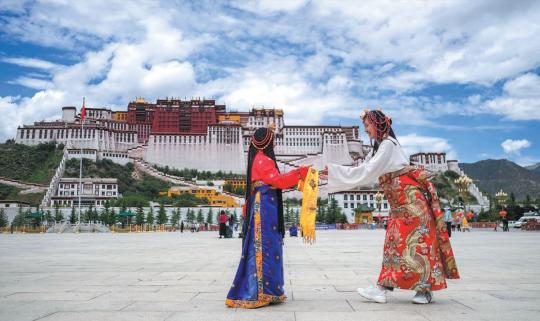 Southwest China's Tibet autonomous region began issuing coupons worth a total of 30 million yuan (about $4.4 million) on Thursday to spur tourism consumption, according to the regional tourism development department.

The coupons can be used to reduce the prices of tickets for tourist attractions in Tibet, sightseeing buses inside the attractions, transportation and starred hotels, said Huang Yongqing, deputy head of the department.

The coupon issuance is among a host of measures the department has implemented to boost local tourism. Other measures include ticket price deductions, rewards programs for tour agencies, and subsidies for starred hotels and transportation companies.

Tibet has remained largely unscathed by the impact of COVID-19. By Wednesday, the plateau region had reported no new confirmed or suspected cases for 840 consecutive days, according to the regional health commission.