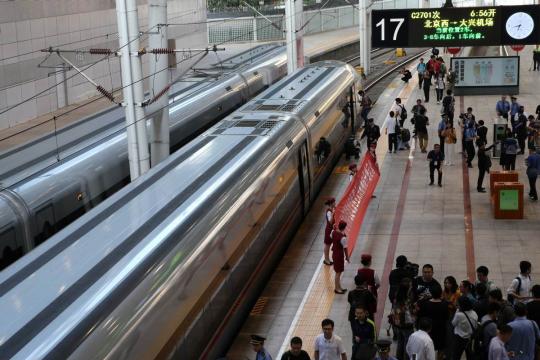 China is expected to see 117 million passenger trips during the upcoming five-day May Day holiday, a spokesman with the Ministry of Transport said on Thursday.

This year's holiday, which falls between Friday and Tuesday, may see a daily average of over 23.36 million trips. Although travel volume has been gradually rebounding, the expected daily figure is only 34.8 percent of last year's daily passenger trip volume, said Wu Chungeng, the ministry's spokesman.

The country's civil aviation sector is expected to see a total of 2.9 million trips during the holiday, with 580,000 trips on a daily basis according to the Civil Aviation Administration of China.

Yu Biao, deputy director of the administration's transport department, said on Thursday daily passenger trips during the May Day holiday may witness an increase of 43 percent compared with the volume during the three-day Tomb Sweeping break in early April. However, it still marks a year-on-year drop of about 66.8 percent.

"The overall passenger load factor of flights, standing at no more than 70 percent, will be significantly lower than the same period of previous years," he added.

Wu also noted that although the holiday is extended, the public's desire to travel has been slashed as epidemic prevention and control has become a long-term normal nationwide. Cancellation of non-urgent travel is the current consensus.