Get ready to play in Toy Story Land

Shanghai Disneyland's Toy Story Land will soon be open to public, with the installation of the attractions completed and a period of testing and adjustment under way.

Its first major expansion since 2016's grand opening, Shanghai Disney Resort will host a special celebration on the morning of April 26 and the new land will open for visitors at 1 p.m. 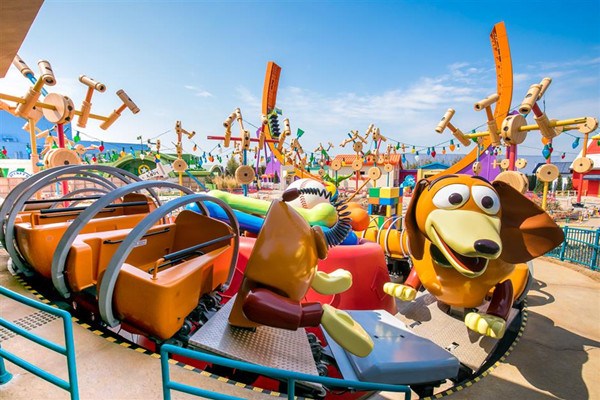 Slinky Dog Spin, where visitors will be able to race around a "wavy roundabout." (Photo/shine.cn)

Based on the Disney-Pixar film series, Toy Story Land is designed to make visitors feel as if they've been shrunk to the size of toys. It features three new attractions ― Slinky Dog Spin, Rex's Racer and Woody's Round-Up.

Rex's Racer, with its U-shaped track, is said to be the most thrilling of the three rides.

It will zip forward and backward at increasing heights and speed on a 30-meter-tall track.

Slinky Dog Spin will let visitors race around a "wavy roundabout." Woody's Round-Up features 11 ponies, each one pulling a cart, in a ranch.