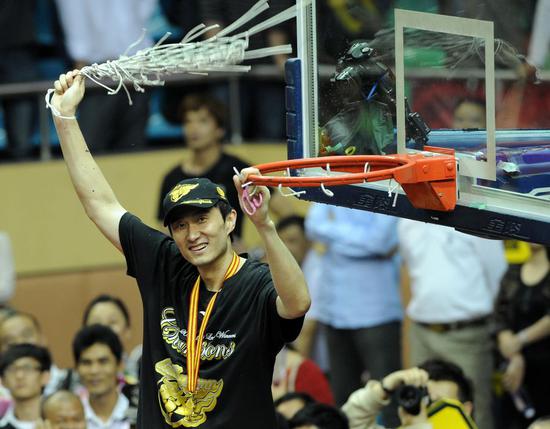 Du Feng, then a member of the CBA champions Guangdong Hongyuan team, holds up the net during the awarding ceremony of the 2009-2010 Chinese Basketball Association League (CBA) in Dongguan, south China on April 25, 2010. (Xinhua/Lu Hanxin)

Li Nan, who was replaced by Du as head coach, failed to lead China directly to qualify for next year's Tokyo Olympic Games at the recent Basketball World Cup. As the hosts of the tournament, China only ranked the 24th place with two wins and three defeats in the FIBA World Cup.

Chinese Basketball Association said through Weibo that the upcoming mission for the national team is the FIBA Olympic qualifying games.