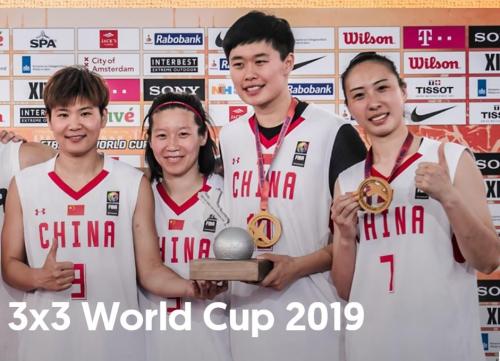 Team China claimed its first ever FIBA 3-on-3 Women's Basketball World Cup victory, beating Hungary 19-13 in the final on Sunday in Amsterdam, the Netherlands.

The win should help give the Chinese squad a higher seeding as 3-on-3 basketball makes its Olympic debut in Tokyo next year.

China reached the final this weekend in dramatic fashion after beating Australia 15-14 in overtime.

Chinese center Zhang Jiahe was the standout player and scored the winning basket to send her side through to the final.

On the men's side, it was the United States beating Latvia 18-14 to win the title.