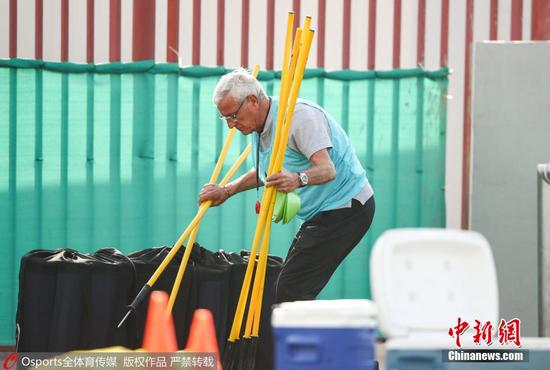 One final flourish or just a fitting flop?

The answer will soon be revealed after the 2019 AFC Asian Cup kicks off on Saturday in the United Arab Emirates, where Team China coach Marcello Lippi has one last chance at redemption.

The 70-year-old Italian has overseen a largely disappointing two-year reign in charge of the national team and confirmed in October that he will not be renewing his contract when it expires this month.

There has been little to indicate since that announcement that Lippi will bow out on a high, with the odds stacked against his aging squad making a deep run at the 24-team, month-long tournament.

However, with the top two in each four-team pool and the four best third-place finishers qualifying for the last 16, emerging from Group C does at least look like a realistic goal for China, whose best result at the tournament was as runner-up in 1984 and 2004.

South Korea, spearheaded by the world-class talent of Tottenham Hotspur star Son Heung-min, is justifiably a hot favorite to top the group. However, Kyrgyzstan, ranked 15 places below China at 91st in the world, and the 116th-ranked Philippines should provide easier opposition for Lippi's men.

China kicks off its campaign against Kyrgyzstan on Monday at Khalifa bin Zayed Stadium in Al Ain.

In their three pre-tournament friendlies in Doha, the Kyrgyz beat Jordan 1-0, lost to Qatar 1-0 and defeated Palestine 2-1.

By comparison, China has warmed up with a 2-1 loss to Iraq, a 1-1 draw with Jordan and a 5-3 victory over Abu Dhabi-based club Al Wahda on Wednesday.

"The result of the friendly with Iraq was not ideal," said 33-year-old China centerback Feng Xiaoting, of Guangzhou Evergrande.

"There were some highlights in our performance, but they were not enough. We did not have many chances and the match was terrible. Our head coach was angry about our games.

"Afterwards, we had some special training to address the shortcomings that were exposed in the friendlies. We have to cooperate better and focus more on the details. We've also been focusing on our freekicks."

"I think the main problem is our mentality," said the 29-year-old.

"Iraq was so aggressive from the first whistle while it seemed some of us were not treating it like a real game. But they did not consider it a mere friendly. They were more focused than us. Honestly speaking, our team has not won too many games this year so we are not that confident sometimes.

"But still with all the experienced veterans who have played in the Asian Cup before, we believe we can produce better performances in the group stage of the tournament."

With an average age of 30.2 years, China is the oldest squad at the Asian Cup, with many observers fearing it is an injection of youthful exuberance, not experience, that Lippi's squad requires.

Wu, the Chinese Super League's top scorer last season with 27 goals for champion Shanghai SIPG, sustained a foot injury in the Iraq defeat, although last year's Chinese Super League Player of the Year is expected to be available to face Kyrgyzstan on Monday.