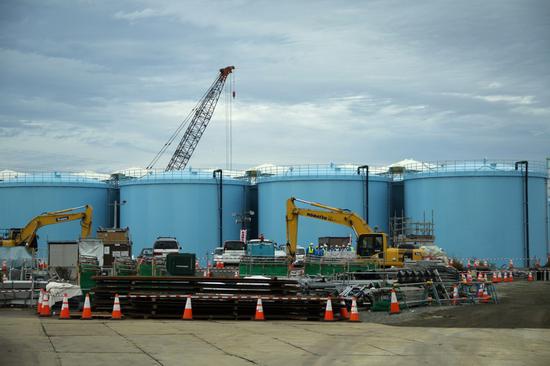 The construction of facilities to release radioactive wastewater into the sea from the crippled Fukushima Daiichi nuclear power plant in northeastern Japan began Thursday despite opposition from the local community and neighboring countries.

Plant workers started construction of a pipeline to transport the wastewater from hillside storage tanks to a coastal facility before its planned release next year, according to the plant's operator, Tokyo Electric Power Company Holdings Inc. (TEPCO).

On Tuesday, TEPCO has gained approval from Fukushima Governor Masao Uchibori and the mayors of Okuma and Futaba, which host the crisis-hit power plant, to start the construction, but serious concerns remain.

Local residents and the fishing community concerned about the impact on their fish catches and livelihoods and remain opposed to the plan, which calls for a gradual release of tons of treated water into the Pacific Ocean to begin next spring.

China has expressed its firm opposition to the plan as China's Foreign Ministry Spokesperson Wang Wenbin said previously that it is extremely irresponsible for Japan to ignore the concerns and strong opposition from all parties.

"If Japan insists on putting its own interests above the public interest of the international community and insists on taking the dangerous step, it will surely pay the price for its irresponsible behavior and leave a stain in history," Wang said.

The South Korean government has stated that it would take "best responsive measures internally and externally" under the principle that people's health and security are of utmost importance.

A massive tsunami, triggered by an earthquake of 9.0 magnitude off Japan's northeastern coast, struck TEPCO's Fukushima Daiichi power plant in March 2011. TEPCO said that it is running out of storage tanks to hold water used to cool the melted-down cores.

The Japanese government decided in April 2021 that the contaminated water had to be released into the sea as the facility is fast running out of space to set up more storage tanks, which already number in the hundreds.