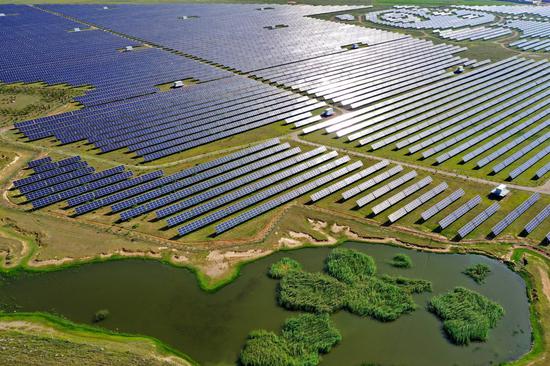 Liu Youbin, a spokesperson of the Ministry of Ecology and Environment, told a press conference that the country fulfilled all the eight binding targets covering emissions of CO2 and surface water quality.

Beijing's air quality for the first time met all standards last year, he said. He added that the city's PM2.5 density declined from 89.5 micrograms per cubic meter in 2013 to 33 micrograms in 2021, and its days of significant air pollution came down from 58 to eight.

The country also reported better surface water quality last year. The proportion of lakes and rivers graded Class I to III reached 84.9 percent, pointing to a continuously improving trend in the ecological environment. Surface water quality in China is divided into five classes, Class I being the highest quality.

The Yangtze River, China's longest river, saw the water quality of its primary stream reach Class II for the second straight year in 2021.