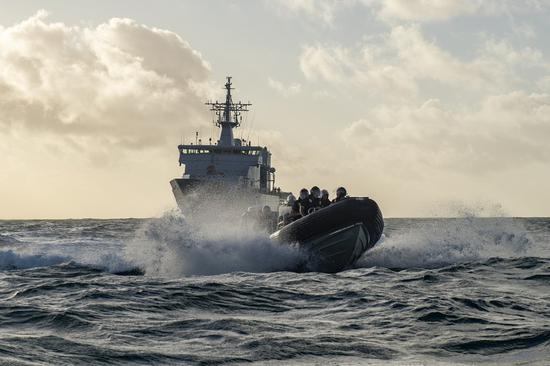 "This support will enable more crucial supplies, such as drinking water, food supplies, as well as engineering equipment and tools to clear debris, to be sent to Tonga in the coming days and weeks," Mahuta said.

The funding is additional to the 1 million New Zealand dollars (670,000 U.S. dollars) that New Zealand has already allocated as humanitarian aid, she said.

The HMNZS Canterbury will have on board additional stores such as tarpaulins, water containers, milk powder, as well as engineering equipment to clear debris and two NH-90 helicopters, said Henare.

Deliveries will be contactless in accordance with Tonga's COVID-19 protocols and those involved in the relief efforts undergo testing before departure, and while on deployment, he said.

"This money will also fund relief activity undertaken by local authorities and humanitarian organizations, and other requests from the Tongan government as required," said the foreign minister.

New Zealand's navy ship HMNZS Wellington also arrived in Tonga and hydrographers were immediately deployed to survey approaches to Nuku'alofa. The second ship HMNZS Aotearoa arrived and offloaded humanitarian stores on Friday. Navy divers will also be checking on the integrity of the wharf infrastructure.

The tsunami had a significant impact on part of the foreshore of Tonga, with boats and large boulders washed ashore and shops along the coast damaged.