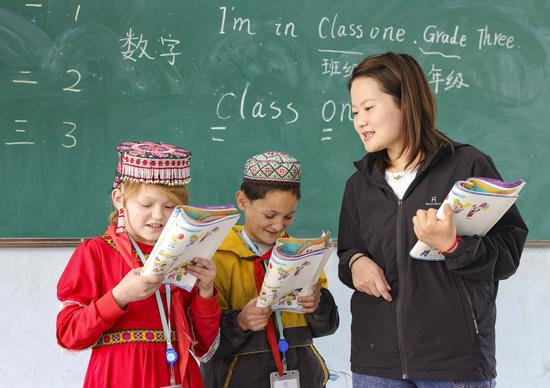 More than 1.29 million teachers in around 80,000 rural schools in formerly contiguous poverty-stricken areas of central and western China have been covered by the policies by the end of 2020, said Ren Youqun, head of the Department of Teacher Education, the Ministry of Education.

Each of them can receive an average of 375 yuan (about $58) a month as a living allowance, Ren said, highlighting China's efforts related to the training and welfare of teachers.

In regions beyond the country's formerly contiguous areas of extreme poverty, similar policies of allocating living allowances for rural teachers were also implemented in more than 1,000 counties last year, he added.

In July this year, the government launched a program to train about 10,000 prospective teachers a year for middle and primary schools in less-developed regions of central and western China. The initiative aims to make up for the lack of quality teachers in such areas.

The program has been well received and attracted a large number of quality applicants, said the official.