A view of Wuhan from over the Yellow Crane Tower. (Photo/chinadaily.com.cn)

Wuhan's tourist industry is building momentum after its recovery from the coronavirus pandemic.

The city, once the hardest hit by COVID-19 on the Chinese mainland, reopened on April 8 last year after a 76-day lockdown. Its tourism has been gradually bouncing back as the city is ramping up efforts to attract travelers. 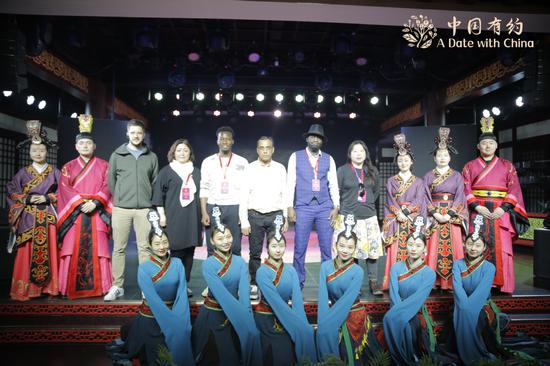 Members of "A Date with China" 2021 international media tour have photos with local performers. (Photo/chinadaily.com.cn)

Wuhan's landmark Yellow Crane Tower, which looks over the Yangtze River, is often depicted in ancient Chinese literary works. The tourist spot has continued to promote the 1,800-year old building through innovation.

Yellow Crane Tower Park has been launching cultural and creative products to attract tourists. The park started to sell ice cream in the shape of the tower on April 4. Zhang Jie, a staff member of the park in charge of marketing, said 3,900 ice creams have been sold during its first six hours, and the ice cream has gone viral online.

"Along with the ice cream, the park plans to unveil new cultural and creative products like mung bean cake in the traditional plaque shape," Zhang said.

During the coming Labor Day holiday, the park will launch performances which will highlight interactions with visitors, and the performances will be livestreamed, Zhang added. 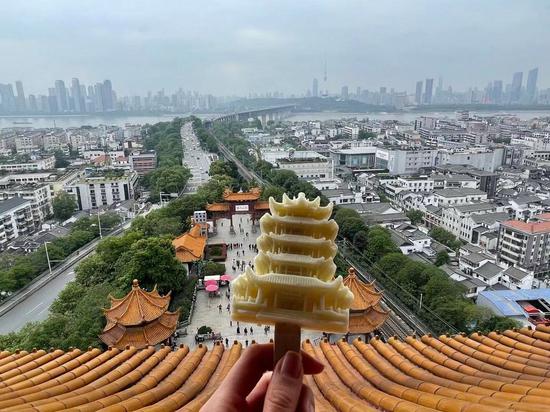 The park was reopened on April 29 last year and now receives an average of 11,000 visitors every day.

Wang Jiahui, 22, a senior university student from Shenyang in Northeast China's Liaoning province, came to Wuhan for travel. "I like the Yellow Crane Tower because of its great cultural value," Wang said.