Zhuhai and Macao to celebrate unity with fireworks 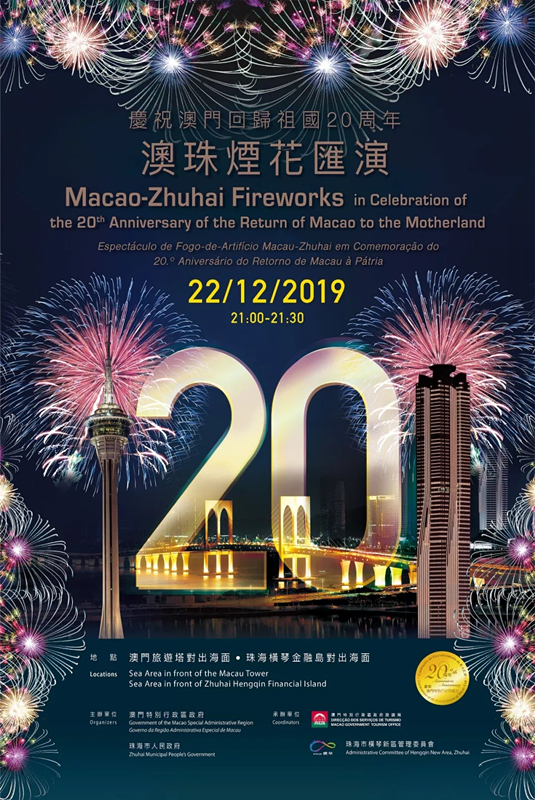 A Macao-Zhuhai fireworks display in celebration of the 20th anniversary of Macao's return to the motherland will be staged at sea areas in front of the Macao Tower and Hengqin Financial Island from 9 to 9:30 pm on Sunday, Dec 22.

Two large vessels and eight special-effect platforms will be used to launch the fireworks on both sides of the Sai Van Bridge.

Accompanied by music and laser lights, 56 unmanned surface vessels and 600 aerial vehicles will form the shape of the Hong Kong-Zhuhai-Macao Bridge and Ruins of Saint Paul's as well as characters like "Zhuhai & Macao are one family" and "20."

The fireworks show is the first large cross-border cultural event jointly hosted by Zhuhai and Macao. It stands for the geographical proximity and emotional affinity between the two areas, said Yang Chuan, director of the Hengqin New Area Administrative Committee.

The former Portuguese colony was returned to Chinese sovereignty on Dec 20, 1999.