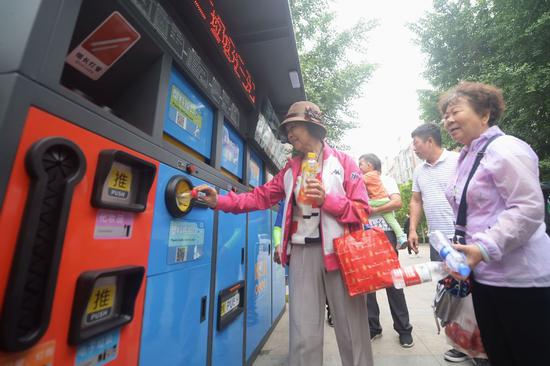 A total of 237 cities at the prefectural level or above in China have adopted waste sorting schemes as the country continues to embrace the green lifestyle, authorities said.

Waste sorting has been implemented in 53.9 percent of residential communities in the 46 cities required to carry out mandatory waste sorting by a 2017 nation-wide plan, among which 14 cities have seen more than 70 percent of neighborhoods following through on the practice, according to the Ministry of Housing and Urban-Rural Development (MHURD).

Thirty cities across China have rolled out waste sorting regulations, and 16 more are mulling legislature on the matter.

The MHURD reclassified residential waste from eight categories to 11 in a revised standard for waste sorting on Friday and launched a mini-application accessible by smartphone to promote the new classification.

China pledged to establish a basic system of laws and regulations on waste sorting by the end of 2020. Starting this year, waste sorting has been promoted in all cities at the prefectural level or above after being piloted in 46 cities.