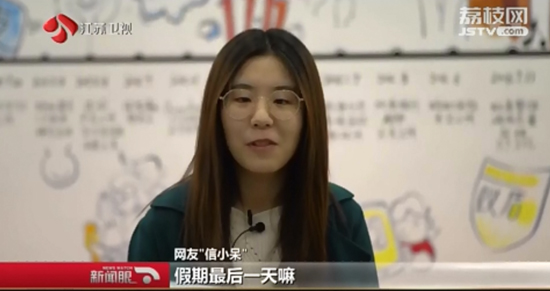 A Beijing-based 26-year-old female IT engineer has become an overnight internet sensation after she hit a marketing jackpot sponsored by Alipay against an odd of one in three million.

Alipay, Alibaba's payment arm, posted on social media platform Weibo on September 29 that the company was launching a lucky draw campaign. The grand prize featured an astonishingly long list of items that include accessories, phones, cosmetic products, as well as free deluxe accommodation and trips to numerous countries in Asia, North America, Africa, and Europe. Online users who reposted the Weibo post had a chance to win.

Weibo user called Xinxiaodai was the sole winner among more than three million participants when the result was announced on Sunday. Since then, the lucky girl has grabbed news headlines. "Should I stop going to work from tomorrow?" She expressed her excitement in a post after being named as the winner. Her post has been shared 800,000 times, with most netizens hoping that her luck would rub off onto them. Xinxiaodai has since gained 770,000 followers.

She made a public appearance on Tuesday, saying she thought it could be an April Fools' Day joke when she first heard about the news, and then she was so excited that her hands couldn't stop shaking after confirming the win. She added she has no specific travel plans yet, but Japan is top of the list of the destinations she wants to go to most.