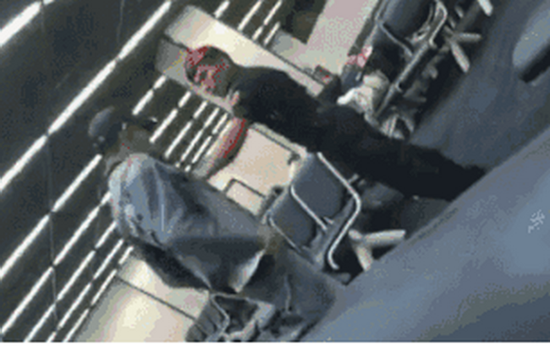 Thailand's Don Mueang International Airport authorities on Saturday apologized to a Chinese tourist who was assaulted by the airport's security guard, reports the Xinhua News Agency.

The apology follows a video clip showing a security guard at Don Mueang airport attempting to hit a Chinese tourist, which triggered criticism.

At a press conference held on Saturday, September 29, Suteerawat Suwnnawat, general manager of the Don Meuang international airport, said the involved guard got into a dispute with the Chinese visitor outside the detention room; the latter was refused entry to Thailand.

Bangkok Post reports that the manager expressed regret over the incident, and apologized to the Chinese tourist at the conference, blaming miscommunication for the cause.

According to Xinhua News Agency, the manager said that the guard's action seriously violated relevant disciplinary protocol, and he ordered the guard to be suspended from duty pending a disciplinary investigation.

A formal apology will be sent to the Chinese Embassy by the airport, said the manager.

As Chinese tourists reportedly claimed refusal to give a tip led to his failed entry, the manager said the airport will make rectifying measures to improve visa services.