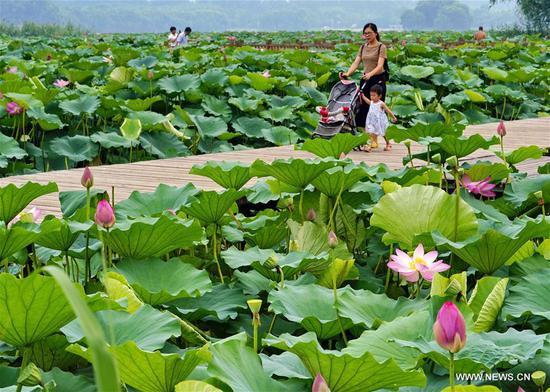 China's action plan on air pollution prevention and control has generated great health benefits, according to a recent research.

China issued the Air Pollution Prevention and Control Action Plan in 2013 and accomplished all the major tasks set out in the action plan last year.

Researchers from Peking University's School of Public Health analyzed national air quality monitoring and mortality data to estimate the health impact of air pollution control in 74 Chinese cities from 2013 to 2017.

The research, published in the journal Lancet Planetary Health, also indicated that emission control efforts for ozone and nitrogen dioxide should be strengthened in China.

China released a three-year action plan on air pollution control in July, solidifying a timetable and roadmap for improving air quality. According to the plan, China's air quality and people's satisfaction with it should significantly improve over the next three years.