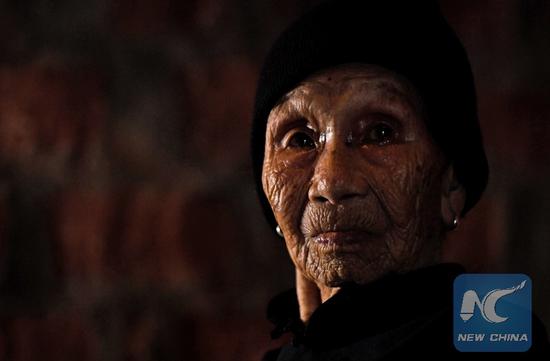 A film telling the plight of Chinese "comfort women" was screened over the weekend in San Francisco's Chinatown to commemorate the 81st anniversary of the July 7 Incident of 1937.

The screening, free and open to the public, was organized by the Rape of Nanking Redress Coalition, a San Francisco-based non-profit organization seeking redress for atrocities committed by Japan's Imperial Army during the Nanjing Massacre.

The sufferings that the Japanese Imperial Army inflicted upon the Chinese people and the people of other Asian countries represent one of the darkest chapters of the history in the 20th century, said Jennifer Cheung, chairperson of the Rape of Nanking Redress Coalition.

On July 7, 1937, the Japanese Army provoked an incident near Beijing, also known as the "Marco Polo Bridge Incident," which marked the start of the full-scale Japanese invasion. More than 35 million Chinese people were killed and wounded during the Japanese occupation, which continued until 1945.

Cheung said they hope to help more people learn about the history by showing the film outside of China.

"We hope more screenings could be arranged in China, especially on Aug. 14, the International Memorial Day of Comfort Women," she said.

The feature film, Great Cold, was released across China on Jan. 12. It's the first time it has been publicly screened in the United States.

Set in a village in Shanxi Province, the film centers on two young sisters, who are sexually enslaved by invading Japanese soldiers during the War of Chinese people's Resistance against Japanese Aggression (1931-1945).

It examines the plight of the former comfort women, the misery inflicted on the victims and Japan's refusal to face up to its wartime past.

The number of surviving "comfort women" is decreasing, which worries advocates that the memories will fade away with them.

Lillian Sing, co-chair of "Comfort Women" Justice Coalition, which co-organized the screening, condemned the Japanese right-wing's efforts to revise the history of "comfort women" and refusal to apologize to those women.

She called on the young people to watch the film and help preserve the history.

Last year, her group spearheaded the installing of a "comfort women" statue in a public park in downtown San Francisco, the first in a major U.S. city.