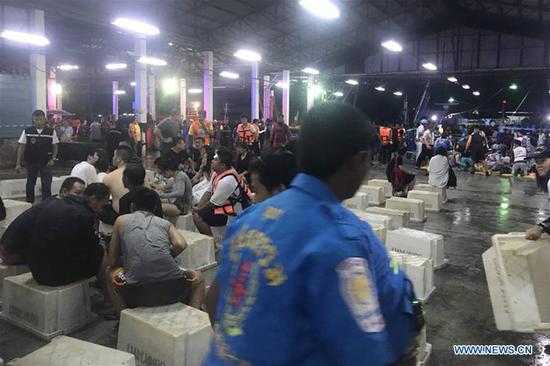 Rescued tourists are seen on the island of Phuket, Thailand, July 5, 2018. Until 8:30 p.m. local time (1330 GMT) Thursday, the majority of 133 passengers on two boats overturned by rough seas in southern Thailand were saved, but the Thai authority cannot confirm all of them are saved now, said Chinese Consulate-General in Songkhla on Thursday.(Xinhua)

It's reported that 17 men have died and dozens of Chinese tourists are missing, as 94 had been rescued among a total of 148 people on board three ill-fated boats in rough seas off the popular island resort of Phuket in Thailand.

The confirmed victim and 53 missing passengers were all on board the Phoenix tourist boat, which capsized off the Koh He Island of Phuket Province.