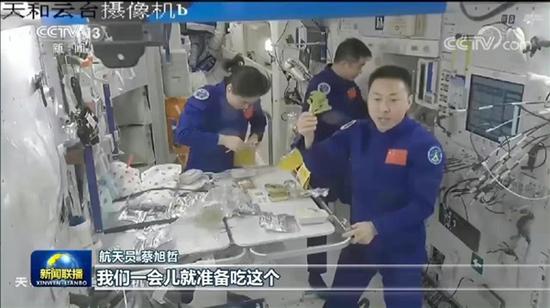 During this year's Mid-Autumn Festival, three Chinese astronauts onboard the country's space station has, for the first time, eaten fresh lettuce they planted themselves in space, along with mooncakes and other delicious food.

The three astronauts entered the Tiangong space station in June. They brought seeds, including those of lettuce, and cultivated them in the space station.

After three months, the astronauts harvested two lettuces and enjoyed them during the Mid-Autumn Festival this past weekend.

China has made many experiments in growing plants in space during many missions since the mission of Tiangong-2 space lab in 2016.