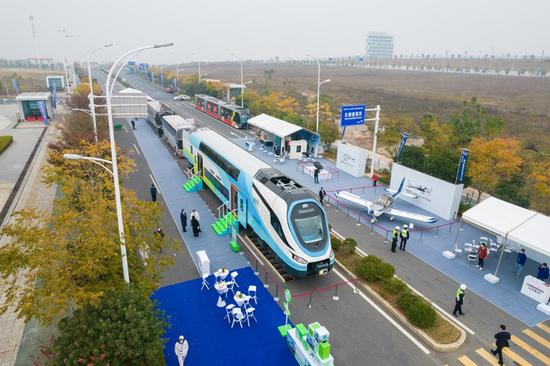 The train is to ply the railway linking the city of Lijiang with the scenic area of Yulong Snow Mountain in southwest China's Yunnan Province.

The cabin windows of the train are electrically adjusted according to the intensity of the sunlight. They are designed to offer passengers a field of view of 120 degrees to 150 degrees, as the train runs along the mountain slope.

Running at a maximum speed of 70 km per hour, the train has three compartments with a total passenger capacity of 351 people.