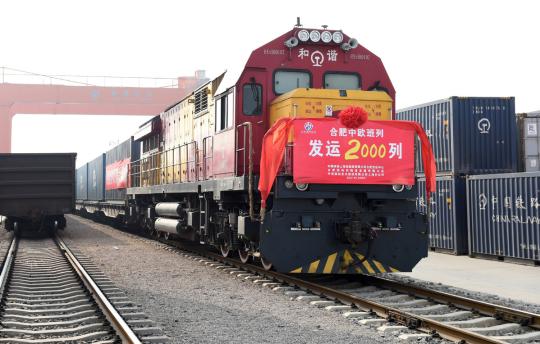 A China-Europe freight train departed from Hefei, capital of East China's Anhui province, on Wednesday, heading for the city of Vorsino in Russia, marking the 2,000th such trip since the service started in 2014.

China-Europe freight train service in Hefei has developed rapidly in recent years, with its operation scale increasing from less than 200 trains in three years to over 600 trains in one year.

Its operation has grown in frequency from one to two trains per month to 12 to 15 trains per week.