Study on monkeys suggest a COVID-19 antibody protects from reinfection 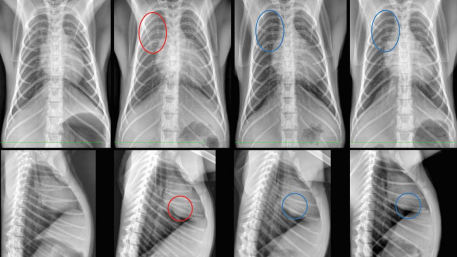 Researchers discovered that monkeys infected with SARS-CoV-2, known as the new coronavirus, are relatively safer for later exposure.

The study, conducted by the Institute of Laboratory Animal Science at the Chinese Academy of Medical Sciences, was published in the preprint database bioRxiv on Saturday, but it has not yet been peer-reviewed.

Experimental results suggest reinfection did not occur if monkeys produced the neutralizing antibody at an early stage after the primary infection.

Correspondingly, the convalescent patients may not be contagious when their immune system has developed enough specific antibodies to fight COVID-19, researchers wrote. Cases of recovered patients who have been reported to test positive again on the new coronavirus are not rare. In China's Guangdong Province alone, 14 percent of the patients discharged from the hospitals were found to still carry the virus, the local disease control center said at a press conference. Similar cases were also reported in Japan and South Korea.

Three of them lost weight and showed other clinical symptoms. But viral loads in all monkeys experienced a natural decline after reaching the climax on the third day. Meanwhile, the number of antibodies steadily increased in the following weeks.

Scientists then dissected one of the four monkeys to study virus replication and distribution, and continually tracked the other three.

Twenty-eight days after primary infection, the three monkeys were deemed to be recovered from the infection as symptoms were alleviated and specific antibody tested positive.

After that, two of the three monkeys were inoculated again with the same dose of SARS-CoV-2, with another one being treated as control group. It turned out neither viral loads nor viral replication was found in re-exposed monkeys.

Researchers wrote that since the antibody used in neutralization found in the animal test is comparable to that from recovered patients, this finding will have important implications in vaccine development.

Scientists agree that reinfection is a highly unlikely explanation for the patients who retest positive. It was either because the previous tests were not done properly, or because the patient was undergoing a long course of the disease.

"Various factors could cause the test results to be inaccurate, including the quality of the test kit and the way the sample was collected and stored," Prof. Jin Dong-yan, a molecular virologist from the Li Ka Shing Faculty of Medicine at the University of Hong Kong told South China Morning Post.

Another possibility is that the level of virus fell below the threshold that tests could detect but then resurfaced, Dr. Clifford Lane, deputy director for Clinical Research and Special Projects at the National Institute of Allergy and Infectious Diseases explained to the Los Angeles Times.

"So it looks like they cleared the virus and then the virus came back," Lane said. "But they never really cleared it and they had a more prolonged course of infection."

Lane explained that the best way to prove reinfection would be to sequence the genomes of the initial and subsequent viruses that circulated in a patient.

If they are not identical, it would suggest that the virus had mutated enough to evade the patient's antibodies and prompt a second infection.

Therefore, researchers suggest that further refinement of the diagnostic techniques, antibody monitoring and samples testing from the lower respiratory tract are essential to cure SARS-CoV-2 infection.