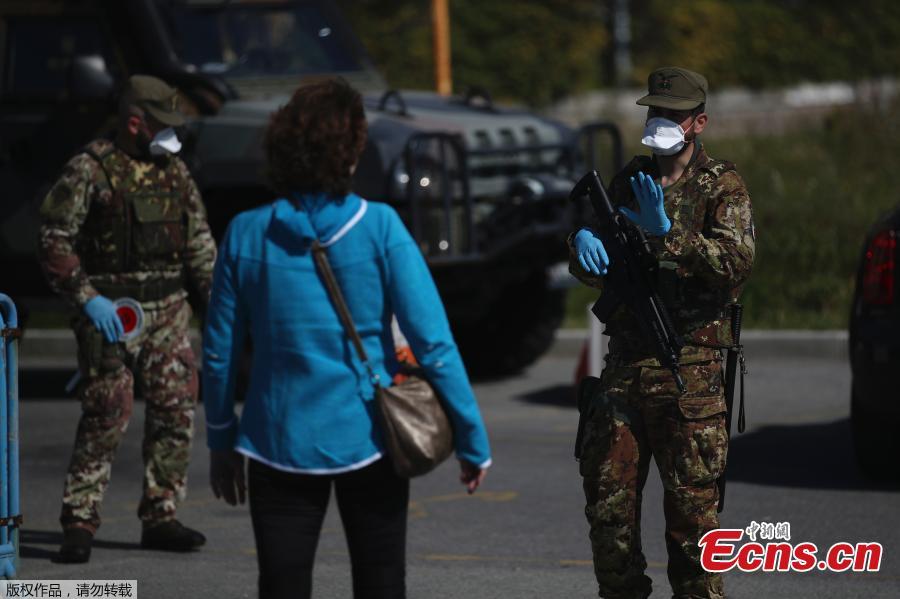 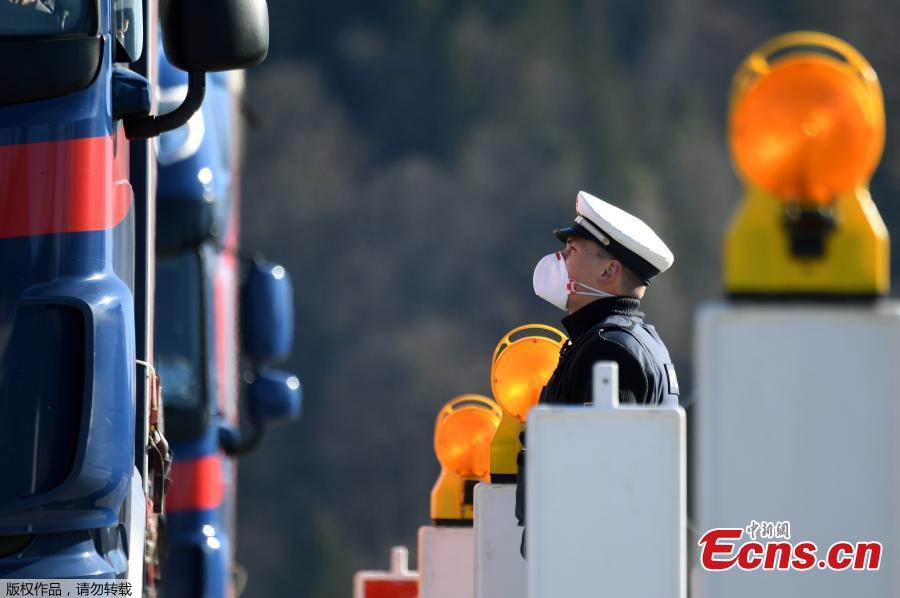 A German police officer, wearing a face mask, questions a driver at the border crossing between Austria and Germany, near the German village of Oberaudorf, as Germany imposes border controls with five countries in a virus fightback, on March 16, 2020. Germany introduced border controls with Austria, Denmark, France, Luxembourg and Switzerland in a bid to stem the coronavirus outbreak. Only those with a valid reason for travel, like cross-border commuters and delivery drivers, are allowed through, officials said. (Photo/Agencies) 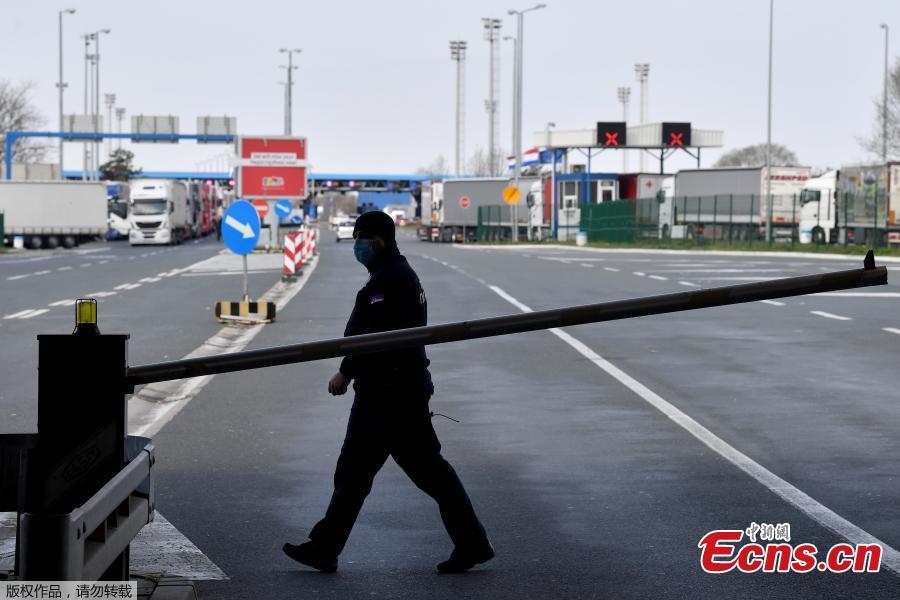 A Serbian border police officer wearing a protective mask patrols on March 15, 2020, at the Batrovci border crossing between Serbia and Croatia. Serbian government temporarily prohibits the entry of foreign nationals arriving from countries particularly affected by the virus. Serbian nationals coming from the affected area go to a mandatory solitary confinement at home, under medical supervision, for 14 days. Previously indoor mass events are cancelled, and no spectators at sporting events. The government has "temporarily closed" 44 border crossings. (Photo/Agencies)

Trucks queue to cross Kalvarija-Budzisko border crossing point between Lithuania and Poland on March 15, 2020 before Lithuania closes its borders to foreign travellers to limit the spread of the novel coronavirus. (Photo/Agencies)