Accuracy of Beidou system is improving 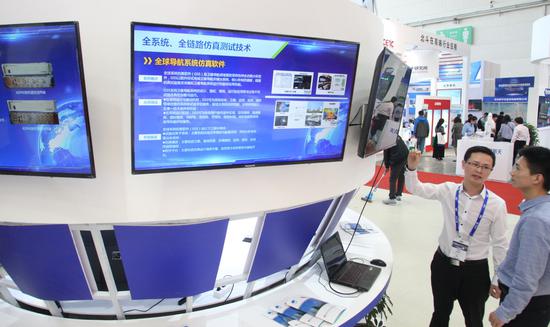 Testing underway for equipment sent up in November; global coverage planned by 2020

Ran Chengqi, director of the China Satellite Navigation Office, told the audience at a conference in Harbin, Heilongjiang province, on Wednesday that an initial network of Beidou's third-generation satellites has been formed with eight orbiting satellites.

The satellites were launched in four groups starting in November and are undergoing in-orbit testing and operational evaluations, he said. The tests so far show they work well.

More than 2,500 officials, industry representatives and researchers from around the world attended the three-day China Satellite Navigation Conference.

The third-generation Beidou network will have a positioning accuracy of 2.5 to 5 meters, which can be improved with the assistance of ground-based augmentation stations, Ran said.

Yang Changfeng, Beidou's chief designer, said at the conference that Beidou's ground-based augmentation network is complete and is midway through a trial run. The network will enable Beidou to provide centimeter-level accuracy in navigation and positioning, he said.

Beidou is one of the four space-based navigation networks in operation, along with the United States' GPS, Russia's GLONASS and the European Union's Galileo.

Since 2000, when the first Beidou satellite was placed in orbit, 33 satellites have been launched for the network. Beidou began serving civilian users in China and parts of the Asia-Pacific region in December 2012.

The network will have 35 satellites before the end of 2020－with several now in orbit decommissioned－to give Beidou global coverage, according to plans from the satellite navigation office.