Observatory in Tibet to look for traces of Universe's birth 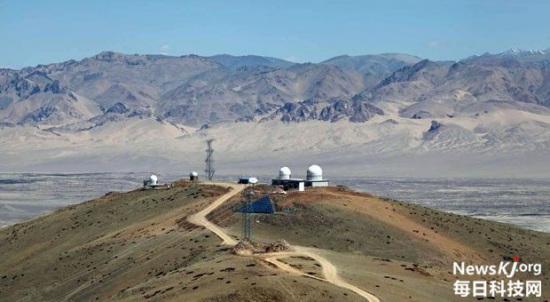 China has almost completed the world's highest observatory designed to detect 'primordial gravitational waves', which many scientists believe first appeared as the universe inflated and expanded.

According to a report in The Paper on Tuesday, the observatory in the Ngari prefecture of Tibet Autonomous Region is due to start operation in 2020. It is expected to help scientists better understand the conditions at the origin of the universe, said Zhang Xinmin, a senior researcher at the institute of high energy physics of the Chinese Academy of Sciences.

A review paper published in the journal Science said primordial gravitational waves may be detectable by the imprint they left or by ripples that persist today.

Zhang Xinmin said Ngari prefecture is the best place to observe primordial gravitational waves because of its high altitude and wide field of view provided by its location in a middle latitude region.

Zhang said a sky map including primordial gravitational waves signals may be available from around 2022 with the help of data produced by scientists at the observatory.

China's 13th Five-Year Plan lists the study of the origin and evolution of the universe as one of the country's major scientific tasks.